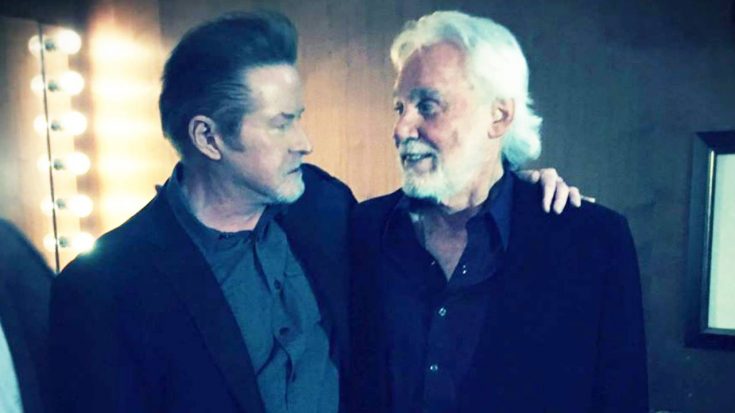 The world lost an icon on March 20, 2020 when Kenny Rogers passed away.

Tributes from fans and friends came pouring in. Some simply offered their condolences to the family, others performed songs in his honor, while a few told stories.

One of the people who told stories about the legend was Eagles band member Don Henley. Actually, he told a few stories.

In a statement to Rolling Stone, the musician revealed that Rogers had a huge part in the formation of the now-legendary band the Eagles.

In the late 1960s, Rogers was already on his way to becoming one of the world’s most iconic voices and was just about to hit his stride with the debut of his first solo studio album and was still working as part of the First Edition band.

“Fifty years ago, The Gambler took a gamble on me and my first band from small-town Texas,” Henley recalled. “And his big-hearted support launched many careers, including mine. He also gave me some of the best career advice I ever got: ‘You’d better be nice to the people you meet on the way up because you’re going to meet those same people on the way back down.’”

Henley not only detailed his long history with Rogers, he also spoke of their last interaction, which happened just six weeks before “The Gambler” singer’s passing. As it turns out, Rogers was in the hospital for a while, and none of his fans knew.

Henley said, “Kenny had been struggling with a number of health issues for some time. He fought the good fight for as long as he could, but he was tired, and he was ready to make his exit.”

Continuing, the Eagles legend said, “I’m just grateful that I got visit with him in the hospital, about six weeks ago, and convey my gratitude to him for all he did for me. RIP, my friend. Thanks for all the gladness you gave us.”

We’re so glad Henley was able to say goodbye to his friend of 50 years. May Kenny Rogers rest in peace.

Take a listen to their duet “Calling Me” below.