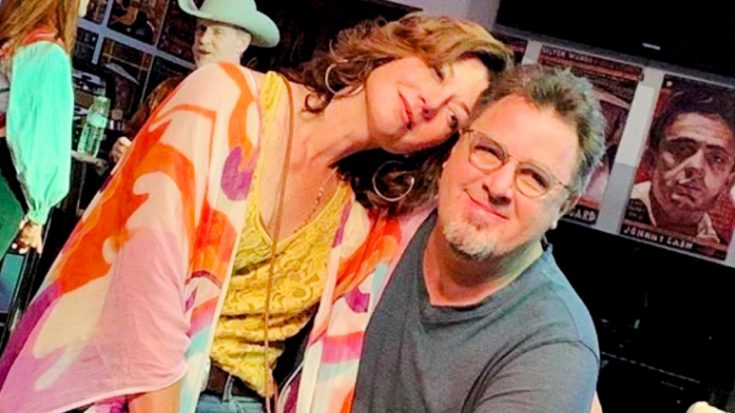 In the midst of the COVID-19 pandemic, concerts originally scheduled throughout March and April have been postponed. That means shows at the Grand Ole Opry were put on hold as well.

On March 13, the Opry announced it was going to “pause performances that include a live audience through April 4.” However, it was made clear the Opry would still continue, in both old and new ways.

The Grand Ole Opry stands by the motto of the Circle can’t be broken. Throughout the Opry’s history, various events have led Opry management to make difficult decisions about how to alter the show’s format. In an effort to maintain health and safety amid current COVID-19 concerns, the Grand Ole Opry, the world’s longest-running radio show, will pause performances that include a live audience through April 4. The Opry’s first priority has always been the safety of our employees, guests and artists who have been key in keeping the show that made country music famous on the air every week for over 94 years. During this time, the Saturday Night Grand Ole Opry Show will return to its original format as a live radio broadcast without a live audience. Fans around the world can still tune in to the Saturday night broadcasts at opry.com and wsmonline.com, Opry and WSM mobile apps, and its flagship home, 650 AM WSM. Guests with tickets for performances through April 4, 2020 may contact Grand Ole Opry Customer Service at https://www.opry.com/contact/ for rebooking information. For most up-to-date information, please visit the link in our bio.

You see, the Opry started off as a Saturday night radio show. It has remained on the air for nearly a century, having aired over 4,900 consecutive Saturday night shows.

Now, the power of technology gives folks a new way to tune in to the Opry. The performances now air on live TV on the new Circle Network and also appear in online livestreams.

During this time, a handful of performers have come in to the Opry every Saturday to keep the tradition going. Sam Williams (the grandson of Hank Williams and son of Hank Williams Jr.) was among the artists who sang during the Opry’s first show since announcing its closure to live spectators.

For week two, Vince Gill, Brad Paisley, and Marty Stuart united to deliver a nearly hour-long show to entertain fans stuck at home. During the show, they paid tribute to Kenny Rogers, who passed away the day prior (March 20) at the age of 81.

Now, Vince will return to the Opry stage for the second week in a row, and this time he’s bringing his family.

On Thursday (March 26), the Opry announced that Vince, his wife and singer Amy Grant, and their daughters, Jenny Gill and Corrina Grant Gill, would perform at the Opry on March 28.

“This Saturday, we’ll be welcoming @vincegillofficial, @amygrantofficial and their daughters Jenny Gill and Corrina Grant Gill into the Circle,” the Opry’s post read on social media.

This Saturday, we’ll be welcoming @vincegillofficial, @amygrantofficial and their daughters Jenny Gill and Corrina Grant Gill into the Circle, hosted by @mrbobbybones. Tune in to the @circleallaccess livestream event on Saturday, March 28 at 8/7 pm CT on their Facebook and YouTube pages! We hope you’ll tune in with us! #circleunbroken

Want to watch or listen to the Gill family when they perform? Here are all of the ways you can catch the show:

Knowing Vince, Amy, and their daughters, Saturday night’s performance is sure to be an unforgettable one.

If you’ve never heard Jenny or Corrina sing before, be sure to check out the video below. They sang the National Anthem with their dad prior to a Nashville Predators match in 2017, and everyone who heard the performance was amazed.

Hats off to the Gill family for keeping country music’s greatest tradition going during this trying time.