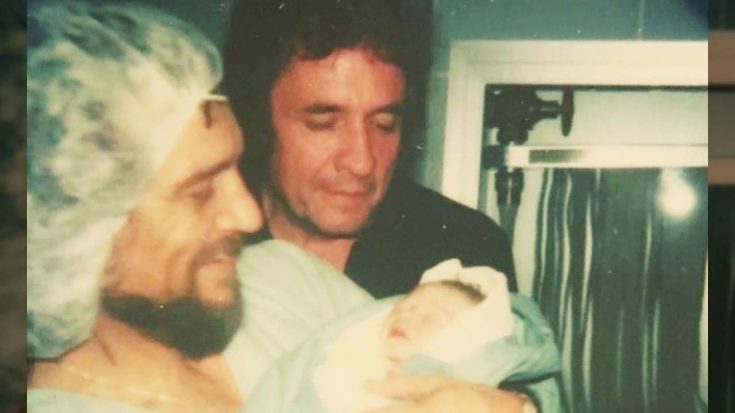 During the month of September, Johnny Cash is on a lot of people’s minds. It’s the month that he passed away in 2003.

This September 12th marked the 17th anniversary of Cash’s death. Many people posted tributes to him on social media, including his daughter Rosanne.

He shared quite possibly the first photo of himself ever taken, minutes after his mom, outlaw legend Jessi Colter, gave birth to him. Waylon is wearing hospital scrubs and a hair net holding Shooter in his arms with a huge smile, and Johnny Cash, dressed in – you guessed it, black – was looking on.

“Thinking of Johnny Cash today. Here I am (age: 2 minutes) with him and my dad,” Shooter wrote on his dad’s official Facebook page.

“Thinking of Johnny Cash today. Here I am (age: 2 minutes) with him and my dad” – Shooter Jennings Official

We always knew Waylon and Johnny were great friends, but this picture proves just how close they were.