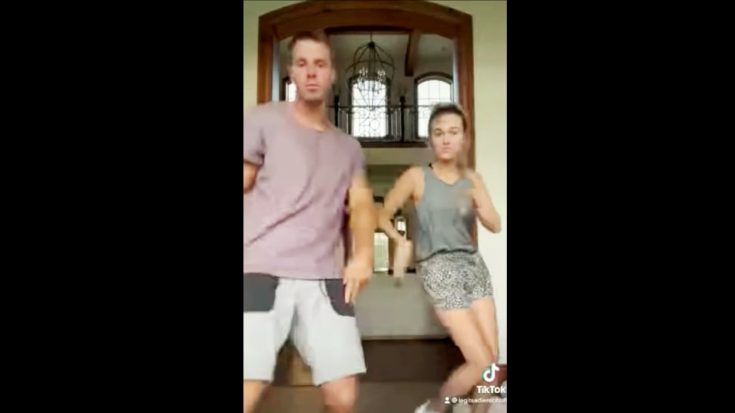 “fancy like we home and our child and dog are both taking a nap,” Sadie said, referring to their dog, Cabo, and their four-month-old daughter, Honey.

It makes sense why Sadie loves these dance challenges so much. She previously competed on Dancing with the Stars, and was the runner-up of her season. Christian is new to the dancing world, and seems to be enjoying himself!

The couple’s “Fancy Like” dance received over 380,000 likes on Instagram, so they decided to try some other routines. They ended up calling their dance videos “Dancing with the Parents.”

After doing three dance videos, Sadie and Christian hopped on one of the hottest dance trends going around on TikTok. The dance is set to a remix of Brooks & Dunn‘s “Neon Moon,” and has taken off across the internet.

Even Brooks & Dunn’s Kix Brooks and Ronnie Dunn participated in the challenge. A TikTok of the two of them doing a small part of the dance has generated over ten million views.

Since the “Neon Moon” dance is so popular right now, Sadie and Christian knew they had to give it a try. And of course, they knew they filmed the whole thing!

You can watch Sadie and Christian bust a move in the video below. We wonder which dance they’ll try next?