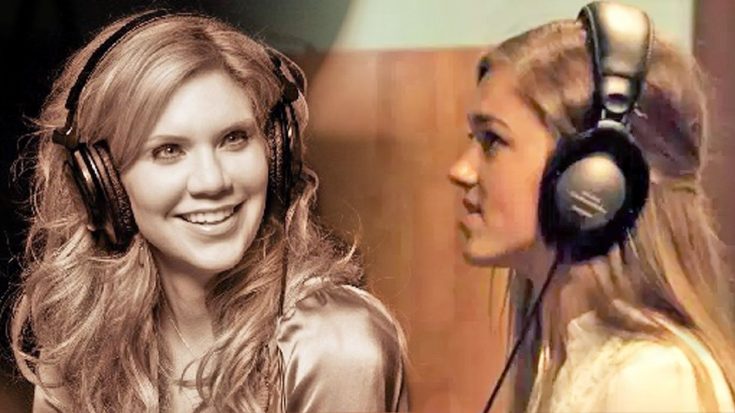 Being on Duck Dynasty has given Sadie Robertson many opportunities, including competing on Dancing with the Stars and recording a song with one of the most decorated country singers of all time.

Alison Krauss, who has 27 Grammy Awards from 42 nominations, joined the Robertson family for their 2013 Christmas album, Duck the Halls.

Quacking excited for the #DuckDynasty Christmas Special this Wednesday?! TAG a friend below that you think should watch – you could win a Duck the Halls CD autographed by Uncle Si!

Together, Krauss and Sadie sang the Christmas carol “Away in a Manger.”

The song begins with Sadie’s cousin, Mia, telling the story of the birth of Jesus, followed by Sadie’s heavenly solo. We’ve seen Sadie share some videos of herself singing before, but we never knew she could sing quite like this!

Krauss joined Sadie for the chorus, where their voices sounded incredible together! We could listen to this throughout the holiday season, and even longer

Listen to Sadie and Alison sing “Away in a Manger” below.