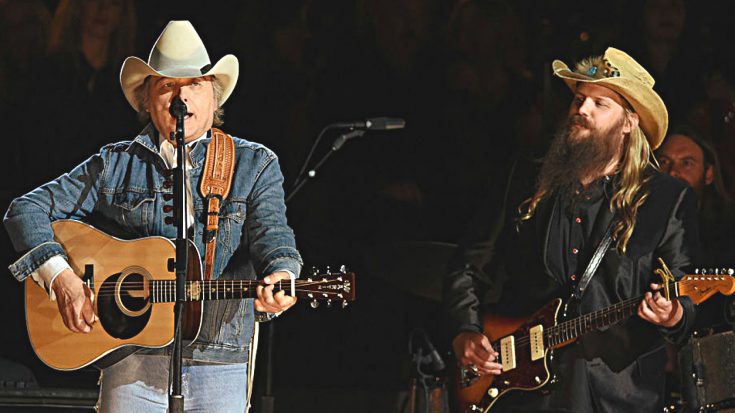 It hasn’t been too long since we last heard from country music icon Dwight Yoakam. His last album Swimmin’ Pools, Movie Stars, was released in 2016.

However, it has been a little bit since we’ve heard any new material from the “Guitars, Cadillacs” singer. That’s because Swimmin’ Pools, Movie Stars was comprised entirely of revised songs from Yoakam’s existing catalog.

Finally, after years of waiting, Yoakam is ready to share some brand-new music with his fans. And you can hear that music right now!

Yoakam has two new songs at the ready, titled “Then Here Came Monday” and “Pretty Horses.” Both were released exclusively by Rolling Stone on Thursday (May 24), and had their public release on Friday (May 25).

While Yoakam’s material on Swimmin’ Pools, Movie Stars was more bluegrass in nature, these two new songs mark a return to Yoakam’s typical sound, which has a distinct Bakersfield influence.

Between the two songs, “Then Here Came Monday” is probably the one that you’ll be most excited to hear. Reason being? It all has to do with Yoakam’s co-writer.

As Rolling Stone revealed, “Then Here Came Monday” was co-written by Yoakam and the one and only Chris Stapleton. For those of you that didn’t know, long before his breakout moment at the 2015 CMA Awards, Stapleton was one of the most sought-after songwriters in the business.

In addition to writing his own material, Stapleton has penned songs for the likes of Luke Bryan (“Drink a Beer”), Josh Turner (“Your Man”), and George Strait (“Love’s Gonna Make It Alright). And those are just a few of the many artists he’s written for!

Even though Stapleton now has an exceptional solo career of his own, he continues to write songs for and with other artists. Knowing how well-crafted his other songs have been, you can expect that same sort of artistry in Yoakam’s “Then Here Came Monday.”

So go ahead and pause what you’re doing to give Yoakam’s new track a listen. It makes us anxious to hear if he has any more new material hiding up his sleeve!