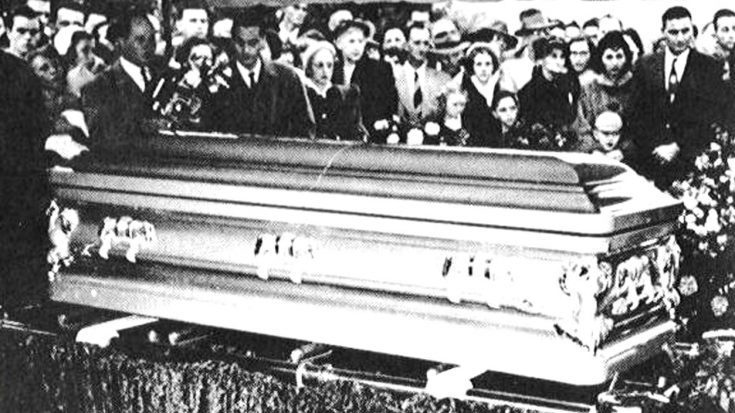 Just days after his tragic and untimely passing on New Year’s Day 1953, the legendary singer received what would become one of the most powerful funeral sermons ever delivered.

Hank Williams was just 29 years old when he passed away en route to a holiday concert in Ohio from complications related to a heart valve malfunction.

After the majority of his family was notified via telegram, Williams’ body was returned to Montgomery, Alabama for a ceremony and procession that would draw thousands upon thousands of people to the small town and set a record.

On this day in 1953, the largest funeral for an Alabama citizen took place as Hank Williams was laid to rest. pic.twitter.com/OIgez7FLFE

On January 4th, 1953, after resting at his mother’s boarding house and already seeing thousands of mourners paying their respects to the beloved star, Hank Williams’ funeral began.

The largest crowd to ever form in Montgomery, more than 25,000 people gathered in the town to mourn the loss of someone that brought so much joy and happiness to people with his music.

While not all the mourners could be allowed inside the city auditorium for the funeral service, it was broadcast throughout the streets via a PA system. It was this very service that brought tears to many eyes and saw thousands weeping in the streets.

Although many heard this beautiful sermon on that fateful day, in the more than 60 years that have passed, it was seemingly forgotten – until now.

Through the miracle of modern technology, this half-century old incredible piece of history has become available to many millions more people who wish to hear the beautiful tribute in honor of this fallen star.

Watch the video below and listen to this rare recording of Hank Williams’ funeral service.