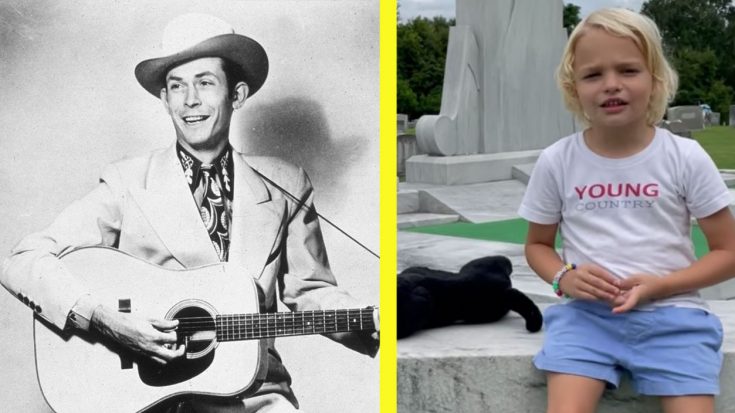 Hank Williams had some special visitors stop by his grave over the weekend. The country legend who’s known for his classic songs such as “Your Cheatin’ Heart,” “Hey Good Lookin,’” and “Lovesick Blues,” was visited by his granddaughter and great-grandchildren.

Williams’ granddaughter, Holly Williams took her children to visit Montgomery, Alabama for a couple of nights. While they were there they saw the famous Hank Williams statue and visited the Oakwood Cemetary where Williams is laid to rest alongside his wife, Audrey Mae Sheppard.

While visiting the gravesite, Holly’s 4-year-old son Arlo decided he wanted to sing his great-grandfather’s country gospel song, “I Saw The Light.”

Arlo sat on a bench with his stuffed animal and started singing every word with a thick country twang. Towards the end, he even picked up the stuffed animal and strummed along as if it was a guitar. Seems like another young Williams is ready to join the family tradition!

Watch Arlo’s performance in the video below.