Audrey Williams Joins Husband, Son, And Grandson For Recording Of “Where the Soul of Man Never Dies” 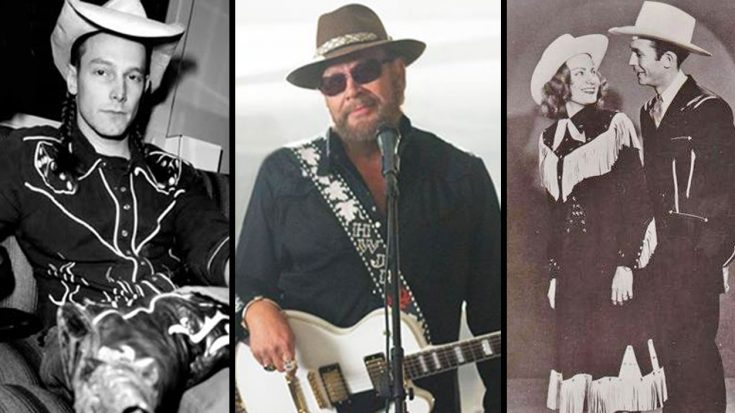 In 1944, country singer Hank Williams married Audrey Sheppard and a few years later, their son Randall Hank Williams was born. The world would come to know him as Hank Jr., who for a time sang only his father’s songs, but branched out into his own style of country music and became a legend on his own right.

Hank Jr. also had a son. He goes by Hank 3 and is also a talented singer. In 1996, three generations of Williams men released an album called Three Hanks: Men with Broken Hearts. It included Hank Williams songs with accompanying vocals from his son and grandson, thanks to modern technology.

The track listing included the songs “Move It On Over,” “Honky Tonk Blues,” “I’ll Never Get Out of This World Alive” and one song with a recognizable female voice, “Where the Soul of Man Never Dies.” The woman on the track is none other thank Hank’s wife, Hank Jr’s mom, and Hank 3’s grandmother, Audrey Williams.

The song starts with all four voices singing the first verse and chorus together and it will catapult you back to the good ol’ days. Hank Jr. took the lead on the second verse, with his son, who sounds eerily similar to his grandfather, singing harmony.

“Where the Soul of Man Never Dies” was written by Wayne Raney and covered by many artists after Hank Williams, including Ricky Skaggs, Johnny Cash, and The Oak Ridge Boys.

Take a listen to the Three Hanks sing “Where the Soul of Man Never Dies” with Audrey Williams below.