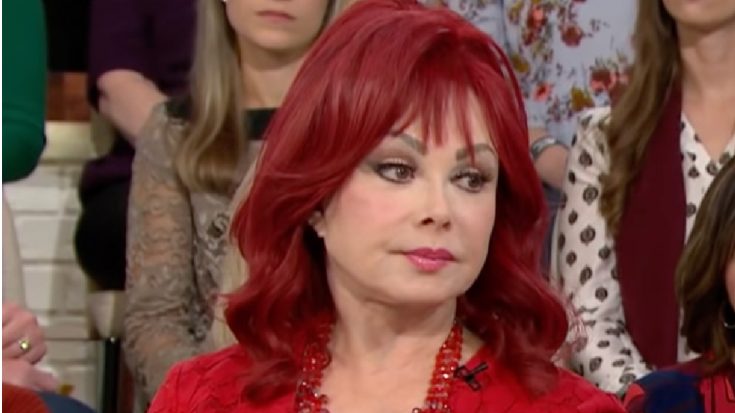 Country music legend Naomi Judd died Saturday at the age of 76. In a public statement, her daughter Ashley and Wynonna stated their mother’s cause of death as “the disease of mental illness.”

For years before her death, Naomi was open about her battle with depression and mental health issues, even writing a book on the topic in 2016.

In her memoir, “River of Time: My Descent into Depression and How I Emerged with Hope,” Judd said that the conclusion of The Judds‘ 2012 “Last Encore” tour found her in a very dark frame of mind. It was during that time that suppressed memories of childhood trauma reemerged, the book states.

In a 2017 essay written for NBC News, Naomi said, “I never dealt with all the stuff that happened to me, so it came out sideways, as depression and anxiety. Depression is partly genetic, and I have it on both sides of my family.”

She added that her depression was so deep that she didn’t get off her couch for two years and would eat much or brush her teeth.

“My girlfriends knew something was going on and would beg me to come out with them. They would talk me into going to lunch, or getting our nails done, or whatever, and then they’d come to get me, and I would lock the door and hide behind the curtains.”

With the help of her husband, Larry Strickland, and her daughter Ashley, Naomi went into treatment. “I had to go into serious treatment, and it was a long road — an incredibly painful road. There were times when I didn’t think I was going to make it.”

In late 2017, Judd told the TODAY Show in an interview that her depression was caused by a chemical imbalance.

“We don’t make enough of the good neurochemicals in the brain,” she said. “It’s a disease. It has nothing to do with our character.”

She even mentioned that she had considered suicide, going so far as to search for a bridge to use.

“That’s how bad it can get,” she said. “It’s hard to describe. You go down in this deep, dark hole of depression and you don’t think that there’s another minute.”

Hear Naomi Judd talk about her battle with mental illness in the video below.