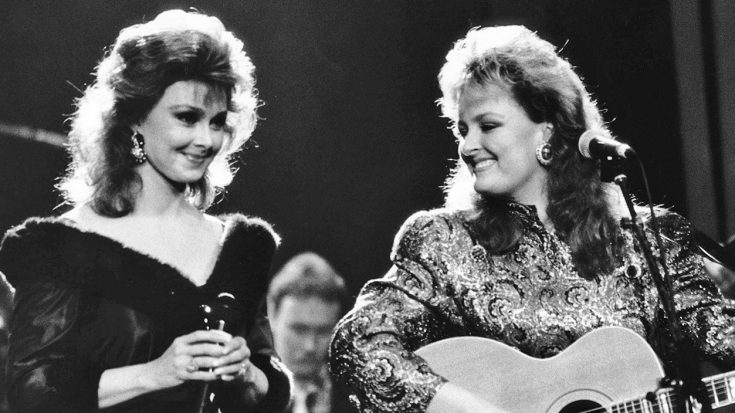 If you are close with your mother, one of the best parts about being in a new relationship is being able to tell her all about it.

Sitting on the porch gushing about your new love interest is the perfect way to start your day or night off. The Judds’ hit song “Mama He’s Crazy” describes just that.

Hard to believe it was 33 years ago today that we earned our very first #1 hit. Thank you to the fans for keeping Judd music alive! #FlashbackFriday

Wynonna plays a character who is telling her mom about the new love in her life, which makes her mom, Naomi, think about her past loves that made her feel the same way.

Skeptical at first, because she has been through relationships that haven’t ended well, Naomi finally warms up to the idea of Wynonna falling in love and sends her off on a date with the gentleman.

“Mama He’s Crazy” was released in 1984 as the second single from their album Wynonna & Naomi. It was their second top 10 hit and first of fourteen Number One country hits.

Time sure does fly. 1986 CMA Vocal Group of the Year. Congratulations to all of this year's nominees and winners! #TheJuddsTBT

Watch their music video for “Mama He’s Crazy” below.