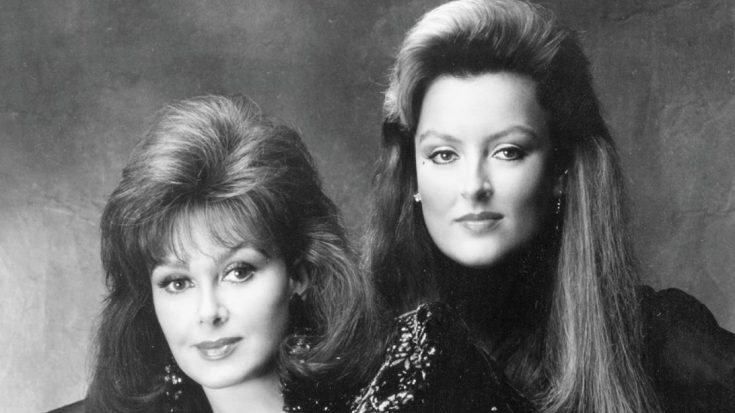 Wynonna and Naomi Judd were officially inducted into the Country Music Hall of Fame Sunday evening, one day after Naomi died at the age of 76.

Naomi’s youngest daughter, actress Ashley Judd, was in attendance to accept the honor on her mother’s behalf. Both Ashley and Wynonna gave emotional speeches in memory of their late mom. During Wynonna’s speech she recalled Naomi’s final moments, saying that the Judd matriarch passed away at 2:20 p.m. and that she kissed her mother “on the forehead and walked away,” according to The Tennessean. Wynonna also shared that she, Ashley and other family members recited the scripture Psalm 23 together.

Wynonna and Ashley announced Naomi Judd’s death late Saturday in a statement that read, “Today we sisters experienced a tragedy. We lost our beautiful mother to the disease of mental illness. We are shattered. We are navigating profound grief and know that as we loved her, she was loved by her public. We are in unknown territory.”

Naomi Judd’s death came roughly three weeks after reuniting with Wynonna to perform at the CMT Music Awards in Nashville for their first live television performance in more than 20 years.

The Judds signed their first record deal in 1983 and became one of the most successful acts in country music history. In 1991, the duo split after Naomi was diagnoses with hepatitis C. During the 8 years that they were The Judds, the pair charted 14 No. 1 singles, including “Why Not Me,” “Turn It Loose,” “Grandpa (Tell Me ‘Bout the Good Old Days)” and “Rockin’ With the Rhythm of the Rain.” They earned 16 gold, platinum and multi-platinum albums, 5 Grammys, 9 CMA awards, and 7 ACM awards.

The duo recently announced their first tour in more than a decade. The month-long, 10-city tour, called The Final Tour, was scheduled to start in Michigan in September and conclude in Nashville.