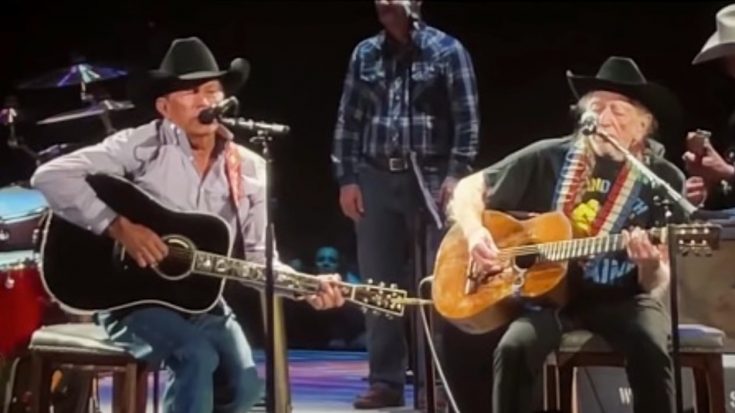 Whenever George Strait and Willie Nelson share the stage, you know you’re in for a good show.

Strait had the honor of helping open the new Moody Center in Austin, Texas. He asked Nelson to join him on stage for a few songs, one of which was “Pancho and Lefty.”

“Pancho and Lefty” was originally released by Townes Van Zandt in 1972. He also wrote the song. But Nelson’s 1983 duet version with Merle Haggard is the most well-known rendition.

Nelson and Haggard’s version of “Pancho and Lefty” reached the #1 spot on the Hot Country Songs chart and was also a #1 country song in Canada.

Haggard passed away in 2016 at the age of 79. So when Strait and Nelson sang “Pancho and Lefty” in Texas, it also served as a tribute to “The Hag.”

Strait and Nelson’s performance occurred on April 29, the same day Nelson celebrated his 89th birthday. So it was a special performance for many reasons!

If you weren’t one of the lucky people who got the chance to witness Strait and Nelson’s performance in person, no worries. A fan-filmed video of their duet has surfaced on YouTube, and you can watch it below.

We always love hearing Strait and Nelson sing together! We’re glad they were able to reunite for this duet.