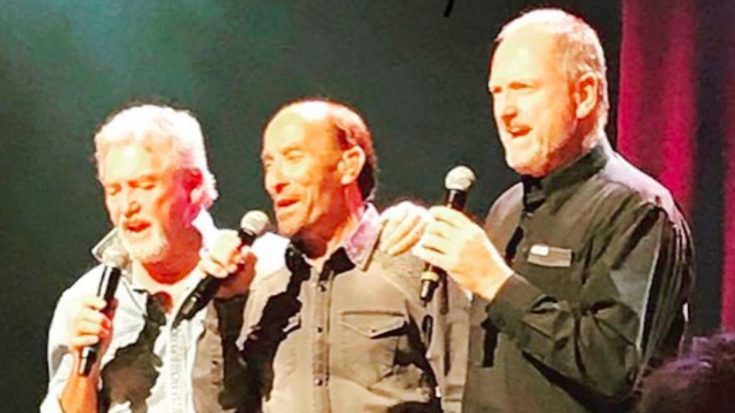 It’s one of the most patriotic songs out there, and we guarantee you know all the words.

But after almost 35 years of singing “God Bless the USA,” Lee Greenwood is finally spilling some little known secrets about the original recording. The country singer first released his now-signature song on his 1984 album You’ve Got a Good Love Comin’, and it reached number seven on the Billboard Hot Country Singles chart.

Some say the song’s popularity began rising because it was played at the 1984 Republican National Convention with President Ronald Reagan in attendance, but it really gained prominence during the Gulf War. During that time, “God Bless the USA” was played as a way of boosting morale.

The song’s popularity rose again after the September 11th attacks. Greenwood performed a memorable rendition of it prior to Game 4 of the World Series at Yankee Stadium a little over a month after the attacks.

There have been many incredible performances of ‘God Bless the USA,” but this one might just be the most powerful.

Greenwood performed at the Grand Ole Opry, and of course, he sang his signature song. For this particular performance, which took place in July 2018, he was  joined by Larry and Rudy Gatlin, of the Gatlin Brothers – and dropped some major knowledge on us.

“Little known fact, the Gatlin Brothers were the backup singers on the original recording of #GodBlessTheUSA,” he captioned the photo of them singing the song.

Last night with my good friends Larry and Rudy Gatlin at the @opry . Little known fact, the Gatlin Brothers were the…

We have been listening – and singing along – to this song for many, many years and honestly had no idea about this information! Did you? Let us know in the comments.

'God Bless the USA' by Lee Greenwood ‍‍‍‍‍‍ ‍‍Happy 4th of July! God bless America and all of the brave men and women who have fought for our freedoms!! ?????? ‍‍‍‍‍‍ ‍‍Follow Country Road TV for more!