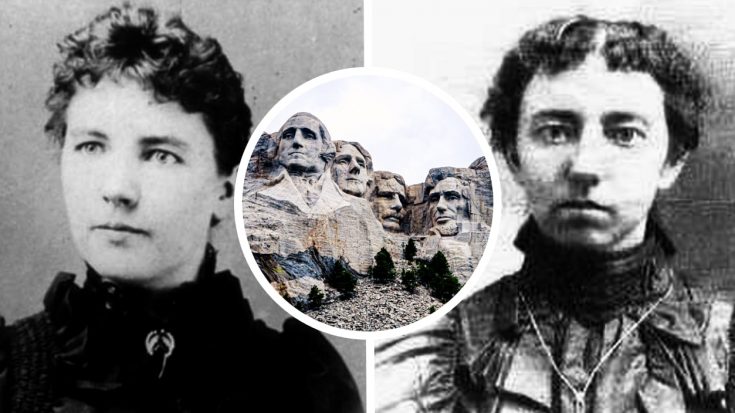 Laura Ingalls Wilder was the second of Caroline and Charles Ingalls’ four daughters. She had an older sister, Mary, and two younger sisters, Carrie and Grace.

While the family moved around quite a bit in Laura’s younger years, they eventually established their roots in De Smet, South Dakota. It’s where Laura spent most of her childhood, started (and ended) her teaching career, married Almanzo Wilder, and gave birth to her daughter, Rose.

Laura, Almanzo, and Rose eventually settled in Missouri. But the rest of the Ingalls family remained in South Dakota, and went on to further establish themselves in the state’s history.

Other than Laura, one of the most celebrated Ingalls family members in South Dakota is her younger sister, Carrie.

She followed in Laura’s footsteps and pursued a teaching career herself, but soon realized it wasn’t the right profession for her. The official Little House on the Prairie website states Carrie learned the printing trade when she was 19 years old. She became an apprentice for the De Smet Leader, a weekly newspaper that eventually merged with the De Smet News.

Carrie developed her skills as a printer and journalist, and her talents were recognized by South Dakota newspaper owner E.L. Senn. As E.L. acquired newspapers in various mining areas across the state, he put Carrie in charge of running them.

One of the places E.L. sent Carrie was the town of Keystone. While there, she met widower David Swanzey, who was known for helping the sculptor Gutzon Borglum scout locations for a new memorial.

That memorial would eventually become what we know today as Mount Rushmore.

Carrie married David in April 1912, and retired from the newspaper business so she could raise her two new stepchildren. A page dedicated to Carrie on the Keystone Historical Museum website says her stepdaughter, Mary was eight years old at the time, and her stepson, Harold, was six.

Harold strengthened the Ingalls family’s connection to Mount Rushmore when he became one of the sculptors who worked on the project. You can find his name carved on the granite walls below the monument.

Carrie passed away in Keystone on June 2, 1946 at the age of 75. Today, The Keystone Historical Museum holds an event in honor of her birthday each year, including refreshments, 1899-style crafts, and a costume contest.

The Museum also hosts artifacts and information connected to Carrie’s life and her time in Keystone. So if you ever plan a trip to Mount Rushmore, check out the museum to learn more about Carrie!