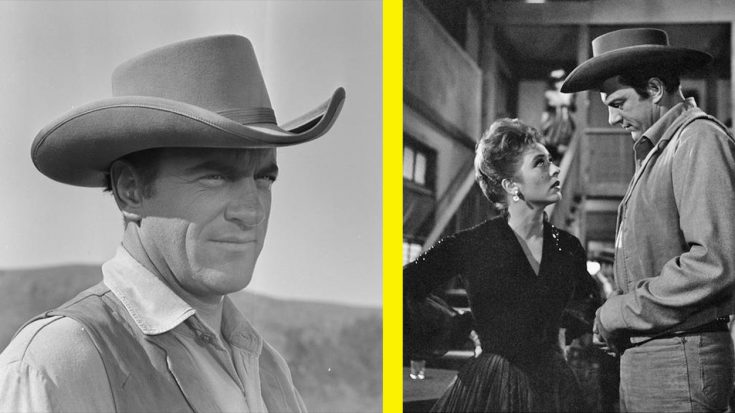 Gunsmoke was one of the longest-running shows to ever be on TV. The Western television series aired for a total of 20 seasons and while some of the characters would come and go, James Arness, who played Marshal Matt Dillon was there for all of it.

Arness remained on the show for 20 years. At one point he was asked why he stuck around that long and never left the series to pursue a film career.

Before his death in 2011, Arness did an interview with True West Magazine. It was during this interview, that he said leaving the show for bigger and better things was something he had ever really considered doing.

“An awful lot of TV actors tried that and didn’t do too well. Just a few of them made the transition—Clint Eastwood, Burt Reynolds, Steve McQueen—but not too many made it.”

During the time that Gunsmoke aired, the gap between movies and TV was fairly hard for actors to cross. Film actors stayed on the big screen, while TV actors kept to the smaller screens every week at home.

Arness continued by revealing that over time, he began to grow into his character and enjoyed being Matt Dillon:

“Gee, as far as playing him, it was wonderful. It took me a little while to get into the groove…But after a couple of years of that, I began to feel more comfortable, and really from that time on, it just sort of played itself. I felt I had gotten into the character, and it was just really fun from that point on.”

Watch the video below for some memorable scenes from Gunsmoke.