Kenny Chesney Brings His Mom Onstage For Duet In Denver 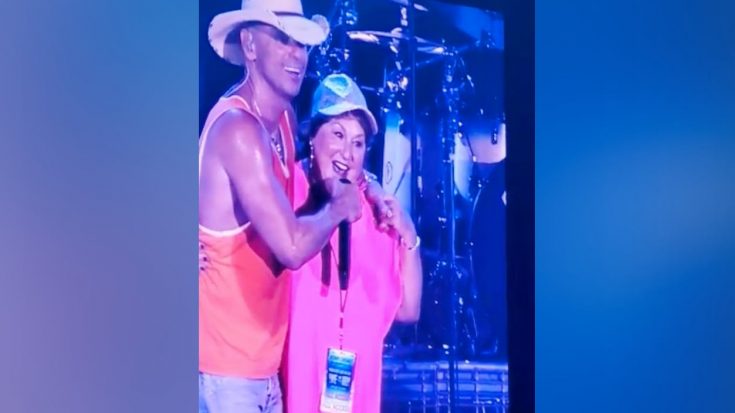 Kenny Chesney is currently traveling across the country on his Here and Now Tour. The tour brought Chesney to Denver, Colorado on Saturday (July 30).

Chesney treated the Denver crowd to multiple surprise appearances. His good friend and former Denver Broncos quarterback Peyton Manning joined him onstage when he sang “The Boys of Fall.”

“Mile High is going crazy right now,” FOX31 broadcaster Taylor Kilgore wrote on Twitter alongside a video of Manning and Chesney onstage together.

Peyton Manning joining Kenny Chesney on stage after he sang the Boys of Fall.

Over 60,000 fans watched with delight while Chesney and his mom sang together. At the end of their duet, Chesney told the crowd to give his mom a round of applause, which they did enthusiastically.

Kristina Ulmer Berge filmed the duo’s performance and shared the video on TikTok. You can watch it below.

Before the show, Chesney’s mom joined him and his crew in a “pre-show dance ritual.” Chesney later shared a video of their dance on social media, and said:

“Mom joined us for the pre-show dance ritual on stage the other night. What a blast and what joy!”

Head below to watch the video of Chesney’s mom dancing with him and his team. Looks like she had a fun time at his concert!