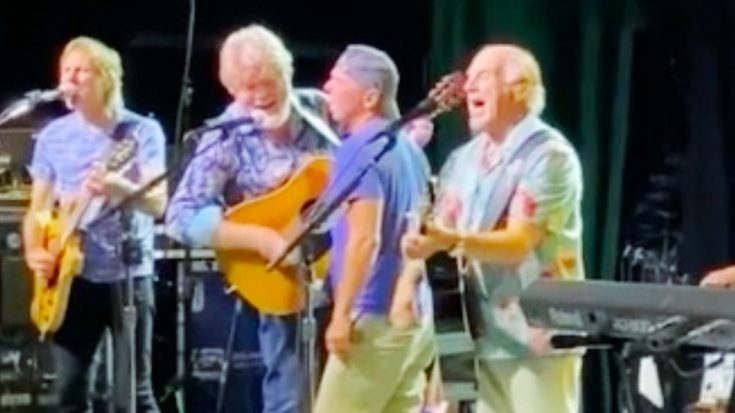 Since Exit/In is celebrating its 50th anniversary this year, it only seemed fitting for Buffett to return to the venue. He and his Coral Reefer Band delivered a private concert that featured an appearance from a surprise guest.

That surprise guest was none other than Kenny Chesney! He joined Buffett and his band on stage for a couple of songs.

One song they sang was “Back Where I Come From,” which was written and originally released by Mac McAnally in 1990. The song was later covered by Chesney for his 1996 album Me and You.

McAnally is actually a member of the Coral Reefers, so he was on stage with Chesney and Buffett when they performed “Back Where I Come From” at Exit/In. Buffett shared a video of their performance on social media.

Of course, it wouldn’t be a Buffett concert without a performance of his signature song, “Margaritaville.” Chesney joined Buffett and McAnally on that one too.

Chesney took to his own social media pages to share a video of their “Margaritaville” performance and wrote, “Always a blast being on stage with my friends Jimmy Buffett, Mac McAnally, and the rest of the Coral Reefer Band. Thanks for the invite Jimmy.”

You can watch Chesney sing “Margaritaville” with Buffett and McAnally by tuning in to the video below. This must have been such a fun show to watch in person!