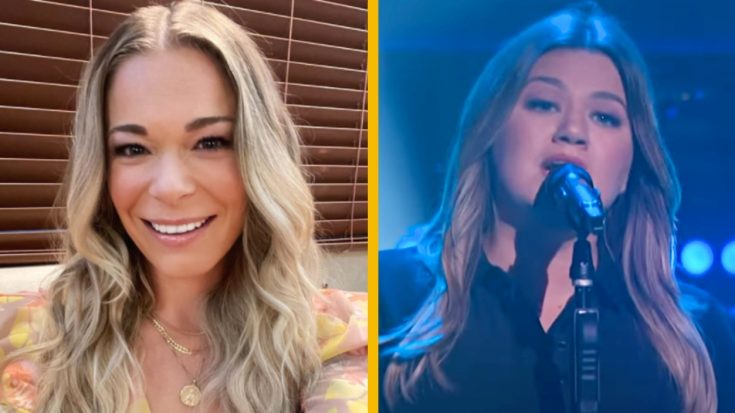 Clarkson covered LeAnn Rimes hit song, “Blue,” which was initially released by country artist and radio disc jockey Bill Mack in 1958. Since then, several artists have covered the song, but Rimes’ version of “Blue” became an instant hit in 1996. While the song was released in the ’90s, listeners are instantly reminded of a more classic era of music.

“Blue” was the debut single off of the country singer’s first album Blue. The album reached No. 1 on Top Country Albums and peaked at No. 3 on Billboard 200. At the time, LeAnn was about 13 years old and became an instant star overnight.

According to legend, Mack wrote the song for Patsy Cline; however, Mack debunked the popular theory in his autobiography Bill Mack’s Memories from the Trenches of Broadcasting. According to Mack, the tune was not meant for a specific artist, and the song also only took 15 minutes to write.

Listen to Clarkson’s version in the following clip.

To hear Rimes’ 1996 release, check out the official music video below.