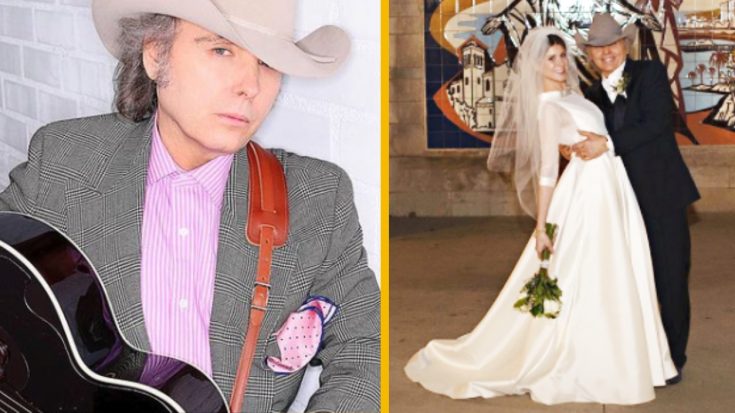 Country singer and actor Dwight Yoakam is notorious for keeping his private life under wraps, but when the star married his longtime love, Emily Joyce, Dwight began to open up about his personal life.

Previously, Yoakam has been romantically linked to fellow country singer Wynonna Judd and several Hollywood actresses, including Karen Duffy and Sharon Stone. In 2010, the singer began dating Emily Joyce, and the two became engaged six years later. In May 2020, Yoakam announced that the two had tied the knot in a private March ceremony.

In an official statement on Yoakam’s Instagram, the country star’s team revealed that Yoakam and Joyce had wed with less than ten people in attendance. They wrote:

“Dwight Yoakam and Emily Joyce were married in March just prior to the quarantine in a private ceremony at St Monica Catholic Church in Santa Monica, CA. At a time when there is so much uncertainty in the world, there are still happy moments. In the face of shutdowns and social-distancing requirements, love prevailed, and the less than ten attendees were seated at least six feet from one another. “

In August 2020, the couple revealed that they had welcomed their first child together, Dalton Loren Yoakam. On Instagram, Yoakam’s team announced the news with a photo of the singer’s pregnant wife.

“With great joy and happiness Dwight & Emily announce the birth this past Sunday of their new baby boy,” Yoakam’s team wrote.

For more on Yoakam and Joyce, check out the video below.