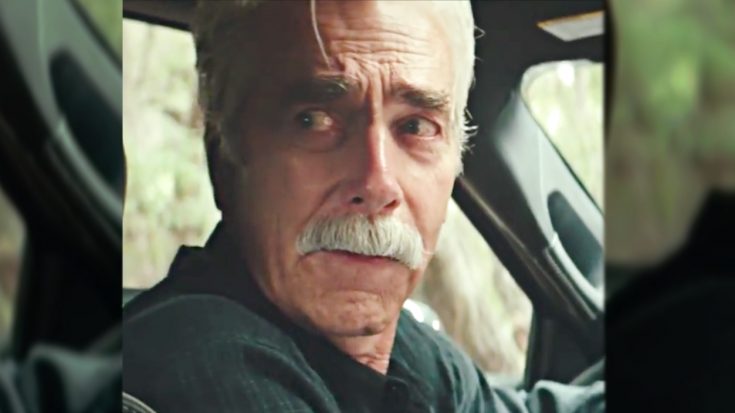 Sam Elliott earned an Oscar nomination for “Best Supporting Actor” for his role in A Star Is Born. For viewers, one touching moment in the movie sealed the nomination for the Hollywood star.

In the 2018 film, brothers Bobby, portrayed by Elliott, has a final conversation with his brother Jackson, played by Bradley Cooper. In the scene, Cooper’s character revealed that he did not model his career after the brothers’ late father. Instead, it was Bobby that Jackson looked up to and idolized. Elliott’s bloodshot, teary eyes sell the scene.

The heartfelt moment was a favorite for fans, but surprisingly, the exchange between the actors was unscripted. In an interview with Yahoo! Elliott revealed:

“This speaks of Bradley [as an] actor-director. We pulled into the driveway after having the words on the road, and then the door opened, and Bradley just stood there and he kind of hemmed and hawed and I wasn’t sure what was going to come out of his mouth. I knew the gist of it, but I didn’t really know what he was going to say.”

The actors filmed the shot in one take. Watch a clip of the scene below.

For more on Elliott’s role in A Star Is Born, check out the following video.