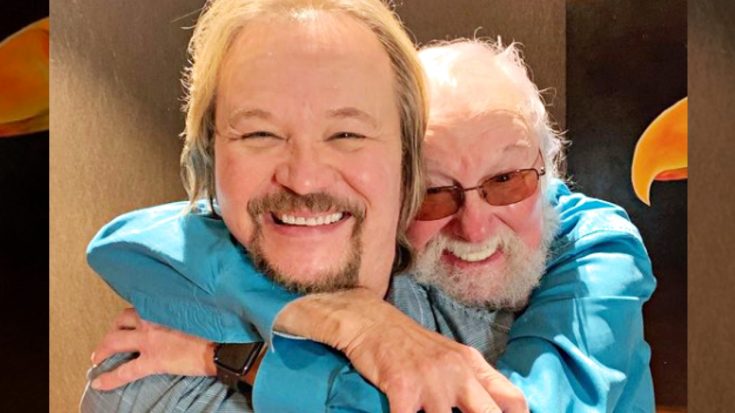 On an episode of The Justin Moore Podcast, Travis Tritt reflected on one of his biggest musical influences, Charlie Daniels.

Travis was good friends with Charlie and even referred to the singer as a “grandfather figure.” Like family, the two singers liked to have fun together, and according to Travis, the two would sometimes pull pranks on each other. In the interview, Travis reflected on one particular joke that nearly knocked him off his feet.

Travis purchased a 1 million dollar stage for concerts. To make his way onto the platform, Travis could only use one entrance without being seen by the crowd. Knowing this, Charlie took advantage of the situation and waited for his friend to approach the stage’s road case.

Of course, Travis later sought revenge with his own prank. The country star explained:

“And I got one of my road crew, my guitar tech, and another guy in our crew, and they went out to a local costume rental place and one of them rented a chicken suit – a full chicken suit – and the other one rented a rabbit suit. And so in the middle of one of the songs – I don’t even remember which one it was, but one of the songs – I sent both of them guys from opposite sides of the stage out there, and they’re dancing all around Charlie, and he’s looking around like ‘What in the hell?’”

Watch the full podcast in the video below.