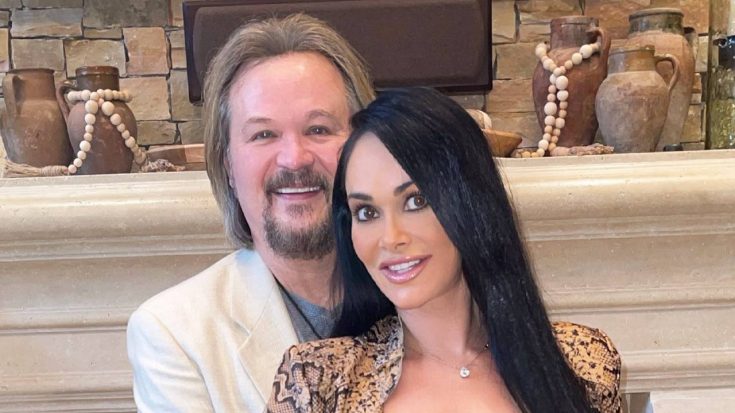 Travis Tritt and his wife, Theresa, met because of a chance meeting after a “Marty Party” taping with country legend Marty Stuart. They began dating and were inseparable for the next several months, before Travis had to go out on the road for a few performances.

Being apart from Theresa made the country singer realize how much he missed her, and after not being able to contact her for two weeks, he wrote the song “More Than You’ll Ever Know.” They have been together ever since!

The Tritts were married on April 12, 1997 and welcomed three children into the world shortly after. They are proud parents to a daughter, Tyler Reese, and two sons, Tristan James and Tarian Nathaniel.

Travis celebrated their most recent anniversary with a tribute post on social media. He shared a photo of him and Theresa cuddled up and wrote, “Twenty four years ago today I married my beautiful soulmate! I’m so proud of the life we made together, the family we raised and the extraordinary love we’ve shared. Happy Anniversary, Theresa.”

Theresa also posted a tribute to her husband on her personal Facebook, writing, “Happy 24th anniversary Boo! My life is at its best when I’m with you. You understand me better than anyone. Thank God! You are my soulmate, best friend and ride or die partner forever!!!! You will always have my whole heart too!!!! I love you past the moon and beyond the stars. You will FOREVER BE MY ALWAYS!!!”

Congratulations on 24 years together!