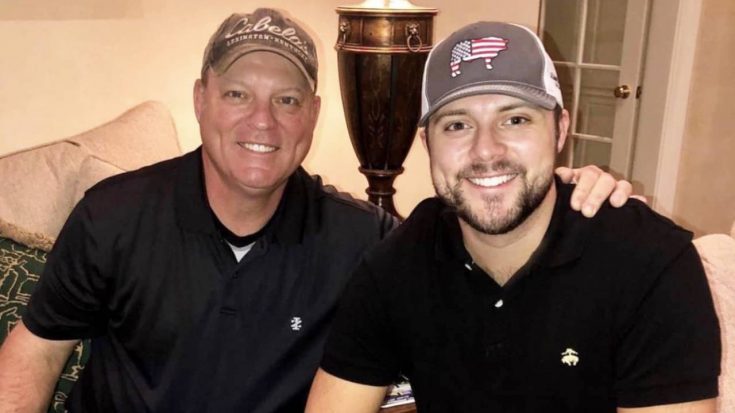 Country singer John Michael Montgomery and two members of his crew were injured during a morning bus crash east of Knoxville, Tennessee, on Friday, September 9.

The 57-year-old singer shared news about the accident in a post to social media Saturday.

“Yesterday we had a serious accident on the way to a concert in North Carolina. Everyone that was on the bus is recovering from their injuries,” John Michael wrote. “Despite some cuts and broken ribs, I am doing well. I will take some time over the next couple of weeks to heal and be back on the road soon. I am grateful to the medics and highway patrol for their quick response to this difficult situation. Thanks to everyone for their concerns.”

WKRN obtained a copy of the report that detailed the crash.

According to the Tennessee Highway Patrol report, John Michael Montegomery was one of three passengers in a 2001 Prevost Featherlite bus that was traveling near the Tennessee/Kentucky state line. The bus was traveling south on I-75 just before noon when it left the interstate, struck an embankment and overturned.

In a statement to Country Rebel, Montgomery’s management shared that the singer and Salyer are “resting at home with cuts and a few broken bones (ribs).” John Michael’s bus driver remains hospitalized, but is “out of ICU and stable” as of Monday (September 12).

“I’ve seen less bad looking tour bus wrecks that resulted in multiple severe disabilities and death. Fair to say, anyone associated with this wonderful organization held their breathe a few hours on Friday morning, and [are] extremely grateful for the outcome,” Travis James of Action Entertainment Collaborative shared. “There was only 3 on board and perhaps the absence of 12 bodies being hurdled into each other was the saving grace.”

James added, “He seems thankful and in good spirits to me – which is his day to day normal, so a great sign. JMM has logged millions of miles and 30 years on the road, so bus accidents are a rarity, thankfully. Just a reminder to stop and acknowledge that life is precious, or that Life’s a dance!”

Another person who is giving the public and update on John Michael is his son, Walker.

He tweeted, “Appreciate all who have reached out and checked in with my family regarding my Dad’s bus crash. Someone up there was watching over him! He’s doing well and happy the cats won. We are a lucky family!”

Appreciate all who have reached out and checked in with my family regarding my Dad’s bus crash. Someone up there was watching over him! He’s doing well and happy the cats won. We are a lucky family!

The bus crash comes two weeks after Walker and John Michael teamed up to sing “Sold” at the Kentucky State Fair.

See their duet below.