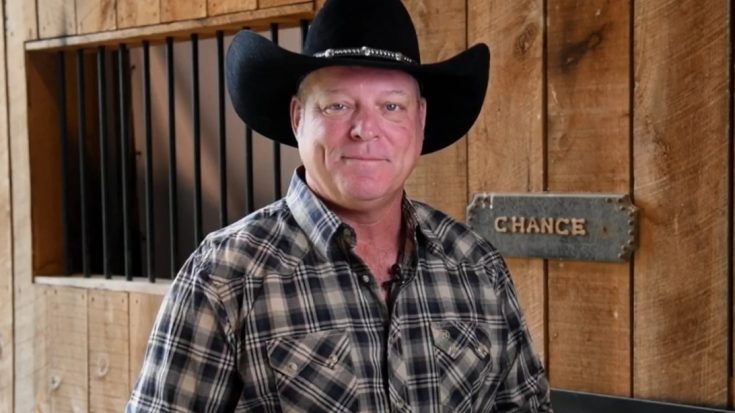 Country music star John Michael Montgomery is recovering after being involved in a “serious accident” while traveling to a concert in North Carolina.

The “I Swear” singer shared the news on Facebook Saturday afternoon saying that the accident took place Friday (September 9) and involved his tour bus.

“Yesterday we had a serious accident on the way to a concert in North Carolina. Everyone that was on the bus is recovering from their injuries,” Montgomery added that he suffered from cuts and broken ribs, but is doing well. “I will take some time over the next couple of weeks to heal and be back on the road soon. I am grateful to the medics and highway patrol for their quick response to this difficult situation. Thanks to everyone for their concerns.”

An accident report released by the Tennessee Highway Patrol states that John Michael was one of three passengers in a 2001 Prevost Featherlite bus that was traveling near the Tennessee/Kentucky state line. The bus was traveling south on I-75 just before noon when it left the interstate, struck an embankment and overturned.

Marc Wood of Frankfort, Kentucky and Ray Salyer of Staffordsville, Kentucky, were also injured in the crash, according to the THP report. Both are reported to be member’s of Montgomery’s band.

Officials told WLAF News that a medical helicopter landed on the interstate and transported one individual to a Knoxville hospital. Friends of Montgomery, Salyer and Wood shared on social media that the men were en route to a benefit concert that was scheduled to take place Saturday. The singer suffered four broken ribs in the crash and “is banged up pretty bad.”  Ray Salyer received stitches in his leg, and Wood who is thought to have been driving the bus, suffered facial and head injuries.

Photos of the accident scene show the tour bus laying on its side on the right side of the interstate. Damage can be seen on the bus, including the windshield being gone and a panel missing from the back of the bus. SEE PHOTOS HERE.

The brother of Eddie Montgomery of Montgomery Gentry fame, John Michael Montgomery was born and raised in Kentucky in a family of musicians.“Where most people have chairs and sofas in their living rooms,” John Michael’s bio reads, “we had amplifiers and drum kits.”The family played on weekends growing up, allowing John Michael to soaked up everything he could about show business. He eventually left his family band and went solo.

John Michael Montgomery rose to fame as a soloist in the early ’90s, earning himself the distinction of a country balladeer. With songs to his credit such as “I Swear,” “I Can Love You Like That,” and “I Love the Way You Love Me,” Montgomery cemented his place in country music history.

Songs like “Letters From Home” and “The Little Girl” resonated with his fans for their relatable and tear-jerking messages. But, Montgomery’s success wasn’t strictly as a singer of ballads. He has delivered plenty of dance-worthy songs over the course of his 30-year career, including “Sold (The Grundy County Auction Incident),” “Be My Baby Tonight,” and “Cowboy Love.”