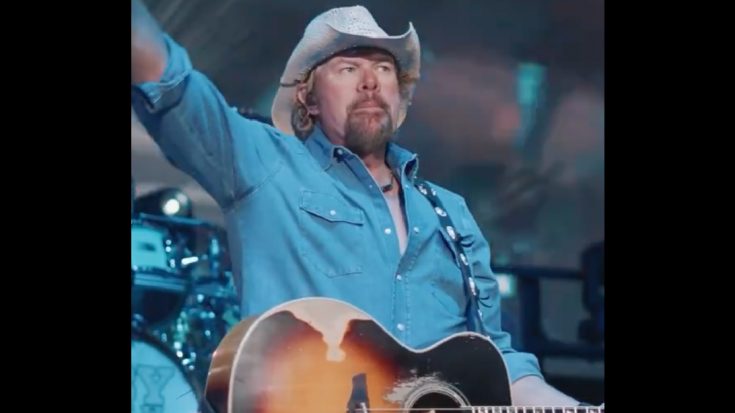 Toby Keith won’t be appearing in person at the SabesWings benefit event in Paso Robles, California, as previously announced.

According to an email from Matt Heien, spokesperson for SabesWings, the “Wish I Didn’t Know Now” singer canceled his appearance at the Strike Out Event due to his ongoing health issues.

“He is still going through recovery and it is a tough week,” Heien said on Thursday. “He unfortunately will not be able to attend the event in Paso Robles this weekend.”

Keith was to be honored with the Second Annual SabesWings Lifetime Achievement Award for his work with cancer patients and their families.

Toby Keith‘s foundations, OK Kids Corral and The Toby Keith Foundation, have partnered with SabesWings in recent years to raise money to help cancer patients “heal without worry.” SabesWings founders, former major league baseball pitcher Bret Saberhagen and his wife Kandace, were scheduled to present Toby with a Lifetime Achievement Award during his performance at the fundraiser.

Even though Toby Keith can’t be there in person, he is expected to accept his award via a prerecorded speech.

“Through Bret [Saberhagen], he apologizes and wants to thank all those involved and hope to see you next year,” Heien said.

Toby Keith has been fighting his own private battle with cancer.

In June, the 61-year-old singer shared on social media that he was fighting stomach cancer. At the time of his announcement he had been undergoing chemotherapy and radiation for six months.

“So far, so good. I need time to breathe, recover and relax,” Toby said.

He later canceled all of his scheduled concert dates, but a recent article written by The Magazine Lifestyle claims that Toby Keith is now cancer-free.