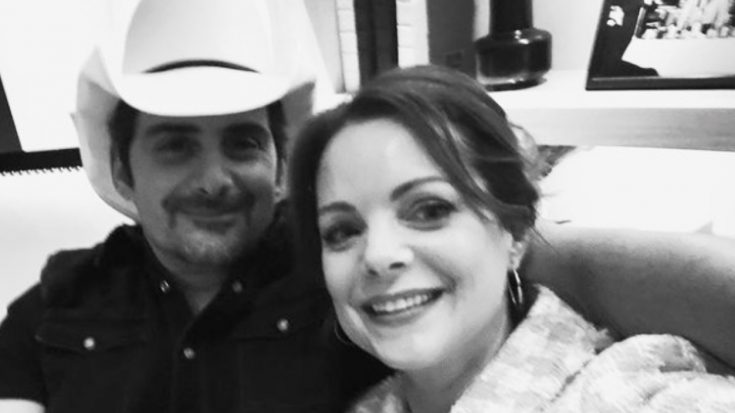 Kimberly Williams-Paisley celebrated her 51st birthday on Wednesday (September 14). Her husband, country singer Brad Paisley, wished her a happy birthday in a romantic post on social media. Since Brad is known for his sense of humor, he made sure to give his post a comedic touch as well.

He opened the post with quite the compliment for his wife. He said, “Happy birthday to this amazing goddess.” How sweet is that?

Then came the funny part. Brad’s message was accompanied by a cute photo of him and Kimberly together. Kimberly was looking directly at the camera with a huge smile on her face.

Brad’s caption continued, “Find yourself someone who looks at you the way @kimberlywilliamspaisley looks at whoever took this photo.” He later tagged their friend Tony as the person who took the picture.

“Have the best day, love of my life,” Brad ended his message.

Kimberly wrote a comment in response to her husband’s message. She has a great sense of humor too, so she chimed in with a comical remark of her own.

“Aw haha thanks honey!” she said. “And thanks Tony!”

Brad and Kimberly started dating in 2001 after she starred in his music video for “I’m Gonna Miss Her.” They married in 2003 and share two sons, Huck and Jasper.

You can see Brad’s birthday post for Kimberly below. We hope she had the happiest of birthdays this year!