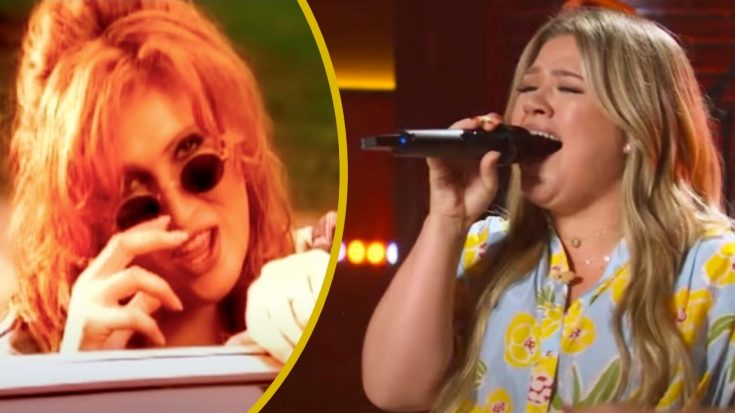 Kelly Clarkson was born in 1982, so she grew up on 90s country music. We’ve heard her sing several 90s country songs on her talk show, The Kelly Clarkson Show. One of her offerings was a cover of Jo Dee Messina‘s iconic song, “Bye, Bye.”

Messina released “Bye, Bye” in 1998. It became her first #1 song on the Hot Country Songs chart, and spent a total of two weeks at the top of that chart.

She went on to win the Top New Female Vocalist award at the ACM Awards later that year.

“Bye, Bye” was actually co-written by another country singer, Phil Vassar. He included his rendition on his 2006 Greatest Hits, Vol. 1 album.

Vassar changed the lyrics for his version so the song made sense from a male point of view.

Viewers loved Clarkson’s rendition of “Bye, Bye.” It was fun and feisty, just like Messina and Vassar’s versions.

“D—, Queen Kelly does nineties country SO AWESOMELY!!” one fan commented on the YouTube video of Clarkson’s performance.

Another viewer said, “What a beautiful song matched with Kelly’s voice. I felt her and the band’s enjoyment performing.”

“I think we have all sang this one before when we needed that lift me up kind of day. Kelly is amazing, she can sing it all so beautifully!” someone else wrote.

You can check out Clarkson’s performance of “Bye, Bye” in the video below. We’d love to hear her sing more 90s country hits!