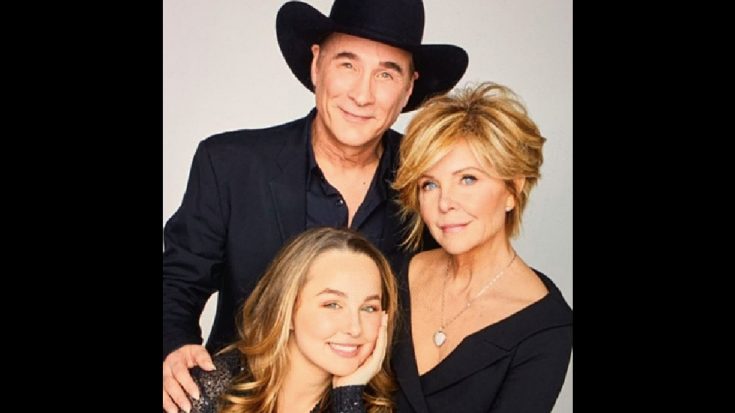 Clint Black is making touring family affair as his wife and daughter will be joining him for his “Mostly Hits & the Mrs.” Tour.

Black shares one daughter, Lily Pearl, with his wife of 30 years, actress Lisa Hartman Black. 20-year-old Lily Pearl has inherited her parents’ love of being in the spotlight and will be joining her famous folks on the road. According to a new interview with PEOPLE, the invitation came about during a discussion around the dinner table, and Lily Pearl was thrilled to accept her parents’ offer.

“Well, if you’re not going to be in school, do you want to go on tour with us?” Clint recalled asking his daughter, noting that she was taking a year off from music studies at Belmont University.

“That’s when I screamed and almost started crying,” Lily told the publication.

According to Clint and Lisa, their daughter has always had a passion for performing, even walking into a room in character when she was younger.

“She’s always been an actor and able to assume characters,” says Clint.

“She would walk in and be a British concierge,” Lisa added.

The youngest Black joined a rock band in high school and her passion for singing was fueled. She has since joined her dad on stage occasionally, including a recent appearance at the Ryman auditorium where Lily covered Kelsea Ballerini’s “Peter Pan.”

In 2020, Lily Pearl performed a cover of Carrie Underwood’s “Temporary Home” on the Grand Ole Opry alongside her dad. Watch that performance below. And, check out Clint, Lisa and Lily Pearl’s tour schedule HERE.