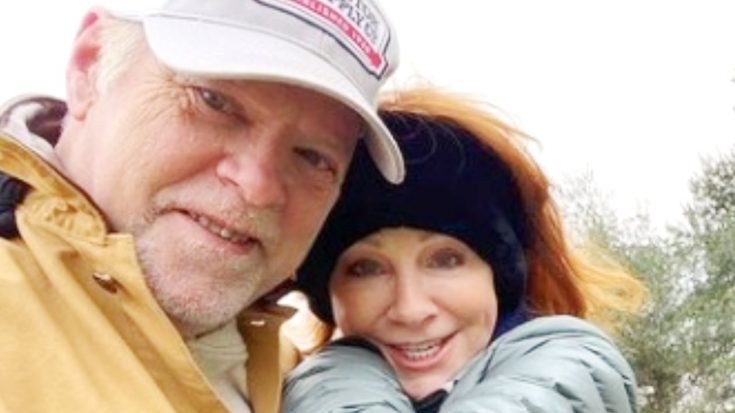 Reba McEntire and her boyfriend, actor Rex Linn, may have just gone public with their relationship last October, but they’ve known each other far longer.

McEntire has previously spoken about how her and Linn had known each other for decades before they felt the sparks of romance. In a new interview with TODAY, she detailed how they first met, and how they eventually reconnected and fell in love.

McEntire and Linn reconnected when he reached out to her about her ailing mother (who passed away in March 2020):

“And then in 2020 when Mama got sick, he called me,” McEntire remembered. “We’d gotten to see each other before because we’re both on ‘Young Sheldon.’ So starting in March of 2020, we just kept talking and visiting and finally got together, see each other in June.”

McEntire said she and Linn have “been pretty much inseparable ever since” they finally saw each other again in June 2020.

During a conversation on her sister Susie‘s TV show Jesus Calling: Stories of Faith, McEntire said she has waited her whole life for a companion like Linn. She also called their relationship “very special.”

Even though McEntire and Linn have only been together for a little over a year, the topic of marriage has already come up. If they do decide to tie the knot, it will be McEntire’s third marriage (her first was to Charlie Battles from 1976-1987 and her second was to Narvel Blackstock from 1989-2015). Linn has never been married before.

McEntire told Extra she and Linn “have talked” about marriage, and the thought of them being husband and wife seems to make them happy:

“We’ve talked about it and giggled about it,” McEntire said. “We thought, ‘Man, if we ever did have a ceremony, we would have to have a 2 o’clock, 4 o’clock, 6 o’clock and an 8 o’clock because we have so many friends, acquaintances and family.“

It’s clear that McEntire and Linn love spending time together, so we wouldn’t be surprised if they do get married one day!

Check out the video below to see how much fun McEntire and Linn have when they’re together. The video shows them delivering a dramatic lip-synced performance of “Does He Love You” as they pretend to bicker over their dog, Riddler.

We’re so glad that McEntire and Linn found happiness together!