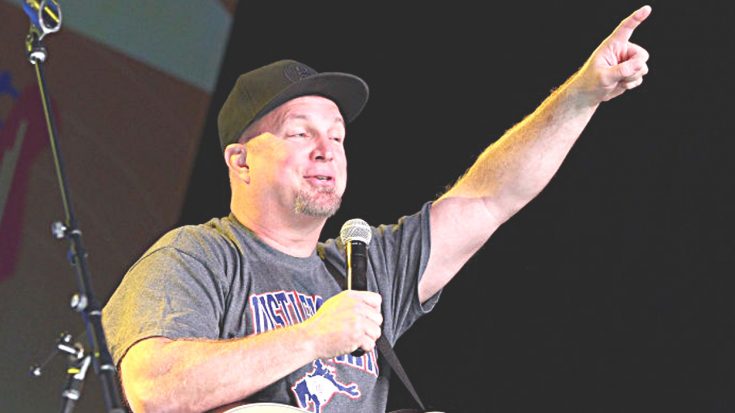 After just bringing an end to his three-year World Tour in late 2017, you would think that Garth Brooks would want to take a bit of a break. But if you recall, Brooks already took quite the break when he retired from touring in the early 2000s to spend time with his daughters.

Now that he’s out of retirement, Brooks has made it clear that he never wants to slow down for an extended period of time again. Even though his World Tour just wrapped up, he already has plans in motion for some exciting future projects, including a new album and accompanying tour.

That future album is due to include Brooks’ latest single, titled “All Day Long.” Released in June, the single has already climbed as high as the 21st spot on the Billboard Country Airplay chart.

“All Day Long” was released exclusively through Amazon Music, so you can listen to Brooks talk about it during an interview below.

As of right now, we know that the album that will eventually contain “All Day Long” is set for a 2019 release. We probably know even more details about Brooks’ much-anticipated future tour, especially after he dropped some big hints about it recently.

Each week, Brooks hosts a live session on Facebook called Inside Studio G, during which he updates fans on what’s going on in his life. On Monday (July 16), the focus of the session was Brooks’ upcoming tour.

He filled fans in on almost every little detail they’d want to know about the tour. While he didn’t name exact tour stops, he made it sound like the trek would take on a new model that would allow him to cater each show to each location:

“You’re gonna have—we’re all going to have—plenty of time in between each gig. We’ll be able to do a gig…the crew will come home, be with their family, and then we’ll run out to another gig. Very rarely, if ever, will there be back-to-back gigs on this one. So, we will be bouncing around, but these are going to be individual events… hopefully incorporating the traditions of where we’re playing, which makes them each their own.”

From the sound of it, this new structure will allow Brooks to continue his tour for a long, long time. Maybe even longer than his World Tour!

You can hear Brooks talk further about his upcoming tour in the video from his Inside Studio G session below.

We’re back at Allentown… do YOU know what next week is?!! love, g #StudioG