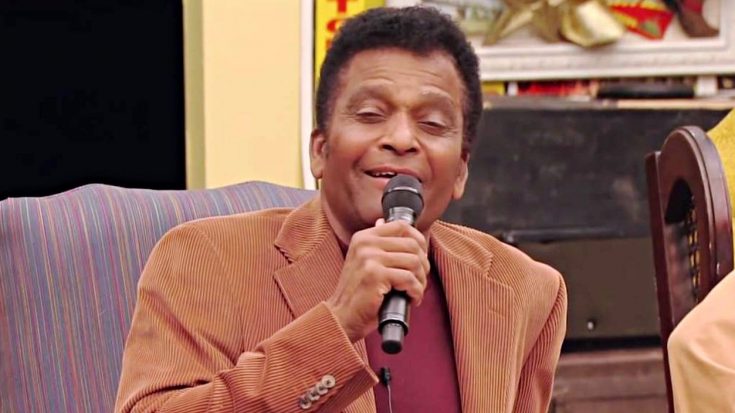 He sang, served in the military, started a business, and even played professional baseball. Yet, out of everything he did and all the songs he sang – his signature piece will always be “Kiss An Angel Good Mornin.”

Released in September of 1971 as the first single from the album – Charley Pride Sings Heart Songs – the tune became the biggest hit of the singer’s career, spending five weeks at number one! It held its place on the charts longer than any of Pride’s other recordings… and for a good reason.

Song of the day.."Kiss An Angel Good Morning" by Charlie Pride. And Happy Birthday to this legend!! pic.twitter.com/OvjRAawFbq

“Kiss An Angel Good Mornin” not only rang true for country music lovers – it also appealed to many fans on the pop music side. Even though it never made it as high as it did on the country charts – the tune climbed the pop charts quickly. Reaching No.21, it leveled out and clung on for four months longer.

Country And Pop Fans Loved It

Considering this was a time when it was difficult to get a country song played on a non-country station, it was a tribute to Pride’s talent that he smashed that barrier. It was a huge win for Pride, as well as country music.

Whether he meant to or not, Pride created a hit that appealed to everyone.

Inspiration Behind The Song

What was the inspiration for the song lyrics? Songwriter Ben Peters and his wife Jackie had recently added a new baby girl to their family. The child, whose name was Angela, inspired “Angel.”

Pride released more than 40 studio albums, over 60 singles and celebrated more than 30 No. 1 hits. He was also the first black singer to perform at the Grand Ole Opry. He is truly missed.

Like to hear more from legendary country stars?  There’s a whole series of exclusive interviews and one-of-a-kind performances on the series, Country’s Family Reunion.

You can catch this and many other unforgettable performances and inside looks at every country and bluegrass star you can imagine on Country Road TV. If you don’t find it here, you won’t find it!

Take a minute to listen to Charley Pride singing “Kiss An Angel Good Mornin'” and let us know what you think of this timeless classic.