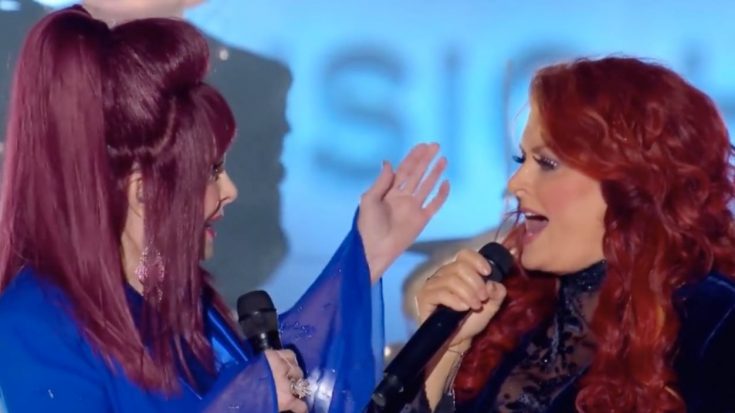 Wynonna Judd recently spoke out about the last time she sang with her mom, Naomi, before her untimely death in April.

In the latest episode of Hoda Kotb’s “Making Space” podcast, Wynonna Judd got candid about reuniting with her mom, Naomi, at the CMT Awards. It would be the last time that the legendary mother-daughter duo would perform together as Naomi took her own life just a few weeks later.

Wynonna told Kotb that she knew something wasn’t quite right with Naomi.

“She was very fragile. And I think it’s because she hadn’t sung in a long time,” Wynonna said. “She was late and she’s never late. And I think she was nervous. I think it was so much of an expectation to do it for CMT Awards.”

Wynonna shared that she had never seen her nervous “the way she was that day.” Kotb asked the singer if she had tried to comfort her mom. Wynonna replied that it was her own husband, Cactus Moser, who stepped away from the drums and came to Naomi.

“She had this wig on that was like up to here, and I was so frustrated with her at one point,” Wynonna recalled. “The first thought in my head was ‘no, I don’t want to hug her or comfort her. I wanna pull her wig off.'”

She said that her initial reaction was representative of their “tough and tender” relationship. The singer admitted that it was sometimes hard for her to be tender with her mom, but that changed when the two shared a look on stage.

“All of a sudden she looked at me and blinked. And I knew then that something wasn’t right in terms of her being off a little bit,” Wynonna said. “I softened. Which I think is God’s grace. I just kind of reached out and touched her hand, like ‘I’m here. I got you. It’s okay.’ I’m glad I did that because that was the last time we performed together.”

Less than a month later, Naomi Judd would die of suicide.

During the years prior to her death, Naomi Judd was open about her battle with depression and anxiety. She wrote a book on the topic in 2016.

“River of Time: My Descent into Depression and How I Emerged with Hope,” Naomi Judd wrote that the conclusion of The Judds‘ 2012 “Last Encore” tour found her in a dark place. It was during that time that suppressed memories of childhood trauma came to the surface, the book states.

In a 2017 essay written for NBC News, Naomi said, “I never dealt with all the stuff that happened to me, so it came out sideways, as depression and anxiety. Depression is partly genetic, and I have it on both sides of my family.”

At the encouragement of her husband, Larry Strickland, and her daughter Ashley, Naomi went into treatment. “I had to go into serious treatment, and it was a long road…an incredibly painful road. There were times when I didn’t think I was going to make it.”

Watch Wynonna and Naomi Judd sing together for the last time in the video below.