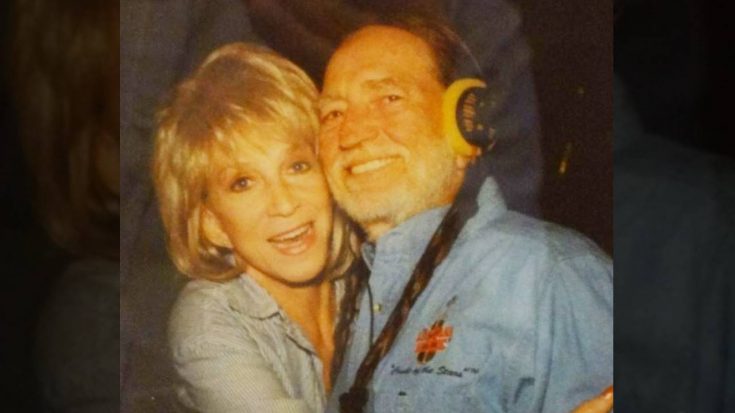 She re-recorded some of her own hits, including her Grammy Award-winning song “Don’t Touch Me.”

Some of Seely’s famous friends like Ray Stevens, The Whites, Lorrie Morgan, and Willie Nelson sang on the record with her. She sings the first track, “So Far, So Good,” with The Whites, the Paul McCartney-penned song “Dance Tonight” with Stevens, and “Not a Dry Eye in the House” with Nelson.

According to a press release, “Not a Dry Eye in the House” got over 30,000 streams in anticipation for the album. They have previously performed together on the song “You’ve Been Leaving Me For Years” in 1983 for the album All-American Cowboys.

Songwriter Dallas Wayne penned “Not a Dry Eye in the House” for Seely and Nelson, who played his famous guitar “Trigger” on the track as well.

Listen to “Not a Dry Eye in the House” below.