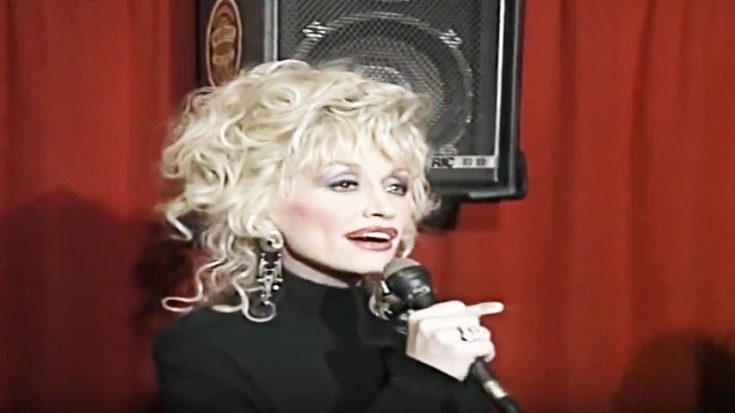 Even country stars need a vacation now and then. This video goes to show that you can’t go anywhere and not be recognized when you’re Dolly Parton!

Dolly attempted to get some much-needed rest & recovery during a holiday sometime around 1990. She left the U.S. and traveled all the way to Dingle Peninsula of western Ireland – where most of the people still speak traditional Irish Gaelic.

Slea Head "our favourite stop along our Irish road trip" words and photograph @organictraveler The best way to experience Slea Head is to walk part of The Dingle Way trail from #Ventry to #Dunquin. It is like travelling back in time. A safe grassy path runs above the road from where you see only stone walls, sheep and spectacular scenery. . . . . #SleaHead #DinglePeninsula #Kerry #WildAtlanticWay #Ireland #irland #Irelande #ocean #cliffs #November #ozean #wandering #TheDingleWay #walking #walkingtrail #hiking #berlinnachkerry #FrankfurtHahnKerry #LondonKerry #Kerryairport

A post shared by Dingle Peninsula Tourism (@dinglepeninsulatourism) on Nov 20, 2017 at 12:20pm PST

Despite the fact Parton was nearly 4,000 miles from her “Tennessee Mountain home,” the star was quickly spotted and welcomed by the patrons of a local pub, Páidí Ó Sé’s. She might have thought no one would recognize her in this remote village – but she quickly found out she has fans all over the world.

Though the residents of the community for the most part still speak Gaelic – the language barrier didn’t keep them from approaching the world famous singer and asking her to sing a song. In true Dolly-style, she graciously accepted and gave them a performance of a lifetime!

And, it just so happened the music group scheduled to perform that night knew the fan favorite, “Coat of Many Colors.” Giving in to the audience, Parton took the microphone and entertained the crowd in her usual, elegant way.

The crowd even sways along and chimes in, “In my coat of many colors/ My momma made for me/ Made just for me” as they smiled big grins from ear to ear – knowing they were singing with a legend.

No matter where this superstar shows up, she’s bound to have an audience begging her to sing. You’re sure to feel much closer to our distant friends in Ireland when you watch the crowd respond to Dolly in the video below!

The “9 to 5” singer has been known to travel the globe so if you’ve ever had a Dolly sighting – be sure to share your story in the comments section. We’d love to hear all about it!