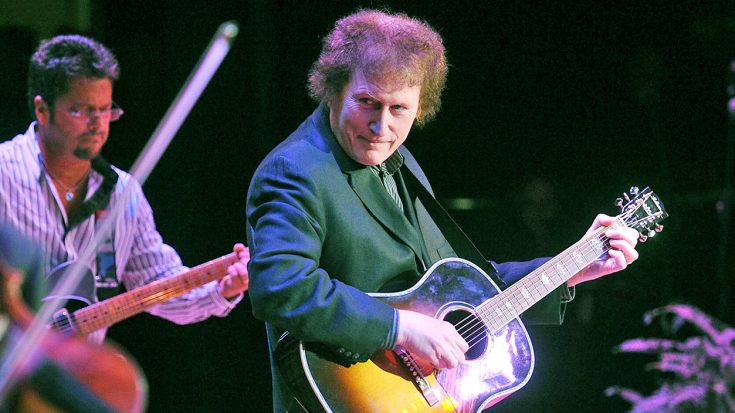 The legendary Earl Scruggs has finally reunited with his middle son, Randy.

According to Music Row, Randy Scruggs has passed away at age 64 on Tuesday (April 17) following a “brief illness.” The legendary musician followed in his father’s musical footsteps and began recording at age 13. His first television appearance was at age nine on his father’s program Flatt & Scruggs.

Randy and his brother Gary formed a rock duo in the late 1960s and later formed the country-rock band The Earl Scruggs Revue with their father. They performed as the Revue between 1970-1980. After the band ended, Randy became an in-demand musician.

As an instrumentalist, he has won four Grammy Awards for “Amazing Grace” in 1989, “Soldier’s Joy” in 1994, “Foggy Mountain Breakdown” in 1998,  and “Earl’s Breakdown” in 2001. Randy was also a prolific songwriter, penning tunes for Sawyer Brown, Billy Joe Royal, Martina McBride, Gene Watson, Patty Loveless, and Deana Carter. He was also named the CMA Musician of the Year in 1999, 2003, and 2006.

Music Row reports that there will be no funeral, but there will be a memorial event to be scheduled at a later date. In lieu of flowers, the family asks that contributions be made in his name to MusicCares or the T.J. Martell Foundation.

Our thoughts and prayers are with his family during this heartbreaking time. He is survived by wife Sandy, daughter Lindsey, and brother Gary. He is preceded in death by his parents Louise and Earl Scruggs, and his younger brother Steve.

Watch the Grammy Award-winning performance of “Foggy Mountain Breakdown” below, where he has an epic guitar solo around the 50 second mark.