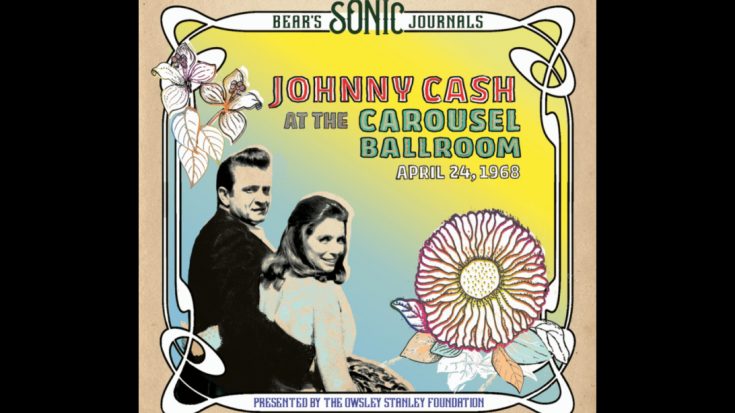 An album from Johnny Cash, recorded days before the release of his infamous “At Folsome Prison” album, is set to be released September 24. The project titled “Bear’s Sonic Journals: Johnny Cash, at the Carousel Ballroom, April 24, 1968″ is a 28 song concert recorded by Owsley “Bear” Stanley, a concert documentarian for the Grateful Dead.

The album features newlyweds Johnny and June Carter Cash backed by his band the Tennessee Three. According to Variety, the concert was unique in that Cash strayed from his usual setlist.

“Cash chose to cover two Bob Dylan compositions (‘Don’t Think Twice It’s Alright,’ and his earliest known recording of “One Too Many Mornings”) and perform songs of the overlooked and underserved such as ‘The Ballad of Ira Hayes’.”

The upcoming album release has been teased with a preview of the Man in Black’s performance of “I’m Going to Memphis,” a song he had previously released in 1960 on his “Ride This Train” album.

The new live album is also full of plenty of Cash favorites including “Jackson,” “Wildwood Flower,” “Wabash Cannonball,” “Ring of Fire,” and “Walk the Line.”

The live album also features essay contributions from Johnny and June Carter Cash’s son John Carter Cash, The Grateful Dead’sBob Weir, and a reproduction of the original Carousel Ballroom concert poster by Steve Catron. The album will also be available in all digital formats and is available for pre-order now.