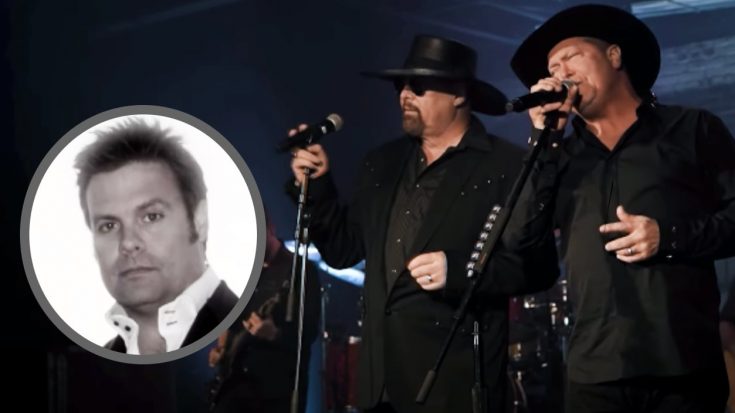 This year is a special one for Tracy Lawrence. It marks 30 years since the release of his debut album, Sticks and Stones.

That album contained now-timeless songs such as “Sticks and Stones” and “Today’s Lonely Fool.” In the years that followed, Lawrence went on to release other songs that are now considered to be classics.”Texas Tornado,” “Time Marches On,” and “Paint Me a Birmingham” are just a few of those songs.

To celebrate his 30th year in the music industry, Lawrence is releasing a new album. The album, titled  Hindsight 2020 Vol. 2: Price of Fame, will be released on August 13.

One of the songs featured on the new record is a duet with Eddie Montgomery of Montgomery Gentry. The song is titled “Price of Fame.”

“Price of Fame” has the two singers reflecting on everything they’ve been through and all they’ve sacrificed for their careers. As they sing at one point, “There’s a whole lot of me that I’ve had to give away. But there’s so much more I won’t let ’em take.”

The duo released a music video to accompany the song. Their video contains a wealth of old photos, showing just how far they’ve come over the years.

Lawrence and Montgomery also used their music video for “Price of Fame” to honor Montgomery’s late Montgomery Gentry bandmate, Troy Gentry, who passed away in 2017. Gentry is seen in many photos in the video, making the song’s message tug a little harder on the heart:

“When Eddie agreed to sing on ‘Price of Fame’ with me, I was eager to have him in the video and include memories his career with our friend Troy,” Lawrence said in a post on social media. “The images we used to highlight both of our careers really backs up the message of this song. I am so blessed with all the friendships in the industry and outside of it and can’t believe I’ve been lucky enough to do this for 30 years. Thankful for all of you who have stuck with me on this wild ride.”

You can watch Lawrence and Montgomery’s music video for “Price of Fame” below.