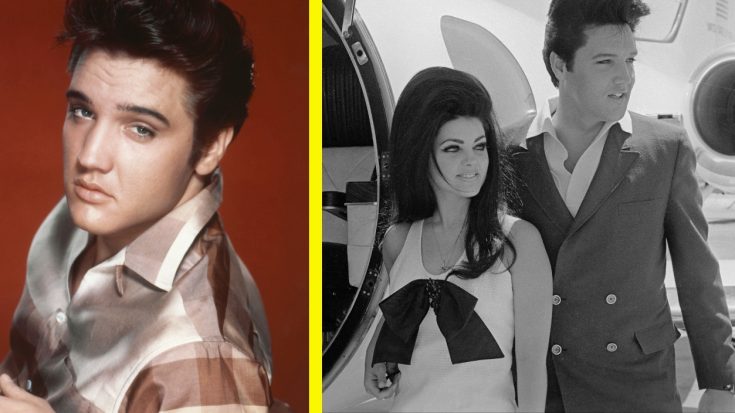 The King of Rock ‘n Roll and the life he shared with his queen was often filled with mystique, decadence, and luxurious experiences…but, like everyone else, they had their own set of trials to face as they sorted out how to be with each other and unify their lives.

When the pair wed, Elvis was 32 years old but Priscilla was just 21. At that time, she was still a young woman and gaining life experience – but as a new wife, she wanted to be able to bring value to her husband’s life and show him she could care for him in a meaningful way.

To this end, she decided to explore the depths of her culinary abilities. As they say: the way to a man’s heart is through his stomach!

Priscilla Presley in the kitchen at Graceland. ? pic.twitter.com/YDixMksqnQ

As Priscilla revealed in her 1986 New York Times bestseller, Elvis and Me, Elvis was a staunch believer that wives should not come between men and their circle of friends – a note she made and was determined to follow.

To curry favor among his inner circle, she chose to make a meal for them at Graceland. The recipe of choice was lasagna because it was one of Elvis’ favorite meals.

Elvis and Priscilla Presley at their second wedding reception at Graceland on May 1967 with Joe Esposito and Joan Kardashian Esposito, the aunt of Kim, Kourtney, and Khloe.#ElvisHistory #ElvisPresley pic.twitter.com/anjzPCjzu1

Among Elvis’ close friend group (known as the Memphis Mafia) was Italian-American Joe Esposito.  The two had met while serving in the U.S. Army in West Germany during the late 1950s. Esposito later became Presley’s road manager.

When Esposito heard of the invitation for lasagna dinner, he claimed that she wouldn’t be able to make a better dish than he could. These remarks came to affect Priscilla as she wasn’t from an Italian background and didn’t know a great deal about pasta dishes at the time.

When trying to put the dinner together for Elvis and his friends, she often phoned her mom for advice while getting the dish ready.

After working through her nerves and putting the final touches on her lasagna, she began to cut it into serving-size portions…but with each stroke of the knife, she felt resistance and toughness within the lasagna. She chalked it up to using a dull knife at the time.

“I sat down, smiled anxiously, and said, ‘Please start,’” Priscilla recalled in her book. “We all took a bit and – crunch. There was a look of shock on everyone’s face. I looked at my plate and was mortified when I realized I had forgotten to boil the pasta.”

At this point, Priscilla became wrought with emotion as she had poured all her heart into this meal only to miss a huge step and now felt like she was facing great embarrassment in front of her husband and his friends.

“Elvis began laughing, but when he saw I was about to cry he turned to his plate and began eating, uncooked noodles and all.”

In all the years that have passed since this ordeal…Priscilla still has never once made lasagna again.

Watch her interview discussing her life with Elvis below.