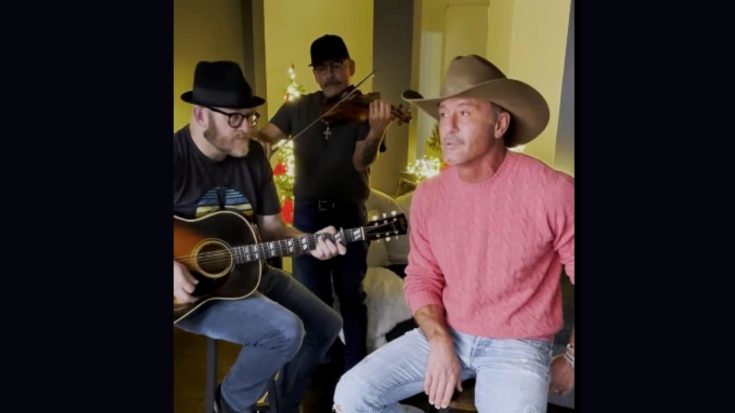 Merle Haggard‘s “If We Make It Through December” is one song country fans always associate with the holiday season. The song tells the story of a father who has fallen on tough times. His daughter is too young to understand why he “can’t afford no Christmas cheer.”

In spite of everything he’s going through, the narrator remains hopeful that everything will be alright once the holiday season ends. As Haggard sings in the chorus, “If we make it through December. Everything’s gonna be alright, I know.”

Haggard originally released “If We Make It Through December” as the lead single off of his 1973 Christmas album Merle Haggard’s Christmas present. He later made the song the title track of a non-Christmas album he released in February 1974.

“If We Make It Through December” reached the #1 spot on the Hot Country Songs chart and peaked at the 28th position on the all-genre Billboard Hot 100 chart.

Many artists have been inspired to cover “If We Make It Through December.” Alan Jackson, Marty Robbins, and Faron Young are just a few artists who covered the song in the past.

We also have a version from Tim McGraw. He offered up his rendition in a video he shared on social media in late November 2022.

Writing in the caption, McGraw said, “Little Holiday song to get us in the spirit. Here’s one of my favorites…”

McGraw kept things simple for his cover of “If We Make It Through December.” He was joined by a guitarist and a fiddle player, and sang in what appeared to be a living room.

He ended up delivering a tender version of the song that many country fans know well. Be sure to check out the video below if you’d like to hear his cover.

“If We Make It Through December” truly is a quintessential country Christmas song.