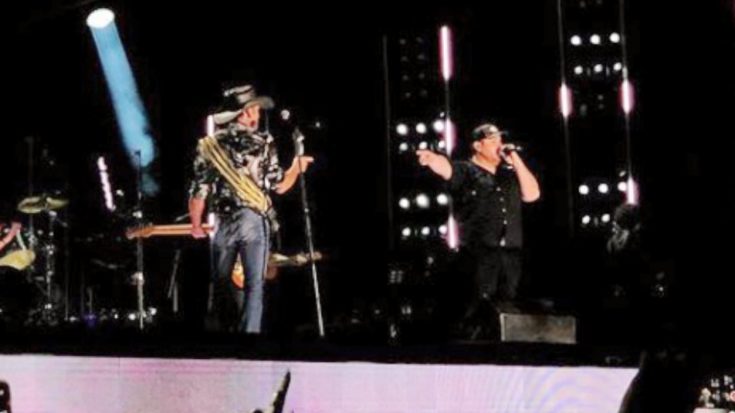 Each year’s CMA Fest is always full of surprises, and 2019 was no exception. Just one of the many surprises that attendees got the chance to witness took place while Tim McGraw was on stage, and it was so exciting that people are still talking about it!

Much to the delight of the packed crowd that gathered to watch McGraw perform in Nissan Stadium, he brought out a surprise guest to join him on his rowdy hit, “Real Good Man.” And that surprise guest just so happened to be one of the biggest stars in country music right now…Luke Combs.

Like McGraw, Combs is known for his entertaining live performances. In fact, just a day before the kickoff of CMA Fest he won the CMT Music Award for Performance of the Year for his performance of “Beautiful Crazy” with Leon Bridges on CMT Crossroads.

So when the CMA Fest crowd realized they were about to watch a “Real Good Man” duet between McGraw and Combs, they knew it was going to be good. (Or should we say, “real good”?)

It was over 80 degrees in Nashville that day, and McGraw and Combs brought even more heat with their surprise collaboration. The two dominated the stage, and had the crowd hooked on every word they sang.

Those who were lucky enough to witness the moment took to social media to share just how epic it was.

If you weren’t one of those lucky people who got to watch Combs and McGraw sing “Real Good Man” live, we’ve got the next best thing for you here. One attendee happened to catch part of the performance on film, and shared it online. So you can enjoy that video below!

After watching this, we’re now itching to hear McGraw and Combs record a new duet together. Wouldn’t that be a dream come true?