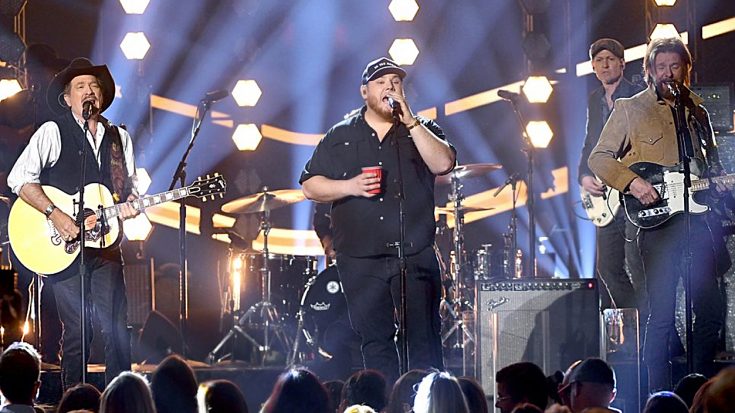 When both Luke Combs and Brooks & Dunn were announced as performers for the 54th Annual ACM Awards in 2019, we were excited. But when it was revealed they’d be performing together, everything changed.

Not only were these incredible collaborations announced, the ACM revealed they would be bringing back the fan-favorite segment ACM Flashbacks! At the 2018 show, Kelly Clarkson joined host Reba McEntire for a duet to the latter’s classic song “Does He Love You.” McEntire even slipped back into the infamous red dress from the 90s!

Reba McEntire and Kelly Clarkson with “Does He Love You”

For 2019’s ACM Flashbacks, Brooks & Dunn teamed up with Luke Combs and George Strait sang a duet with Miranda Lambert. The pairing of Combs and Brooks & Dunn made complete sense, since the “Beautiful Crazy” singer joined the duo on their album Reboot.

On the album – and now on the stage – the trio of country singers sang the 1991 hit song “Brand New Man.” From the very first guitar strum, they had the ACM Awards audience on their feet and only a few words in, everyone was singing along. We felt like we were transported back to the 90s with this one – in a good way!

Combs performed earlier in the night and traded in his suit for his trademark fishing shirt and red solo cup!

There’s a good reason why people have called it the best performance of the night! Watch it below.