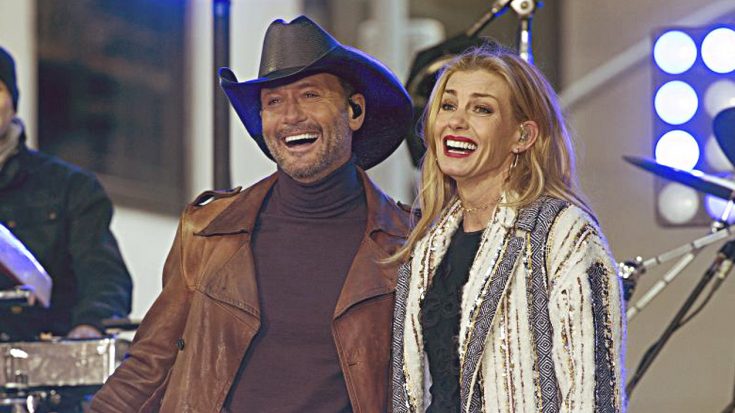 Even though Tim McGraw and Faith Hill are two of country music’s biggest stars, they’ve done a remarkable job of keeping their three daughters out of the spotlight. In a world where celebrities often sell their kids’ photos for top dollar, Tim and Faith have kept their girls fairly hidden.

When the couple’s three daughters (Gracie, Maggie, and Audrey) were young, they were hardly ever photographed. Any time country fans saw a photo of the girls, it was quite remarkable.

Even as they grew older, Tim and Faith still tried to keep their daughters out of the public eye. So when the girls started making more public appearances within recent years, it was quite a shock to longtime fans of the couple.

New Photos Of Gracie In Honor Of Her Birthday

Though considering the girls’ ages, it makes perfect sense why they’ve been a bit more “public” in recent years. Both Gracie and Maggie are in college, and Tim and Faith have been more willing to share photos and videos of them. But since she’s still young, Audrey is the one daughter that we don’t see that often.

On Sunday (May 6), Tim and Faith’s oldest daughter, Gracie, celebrated her 21st birthday. To mark the milestone, both took to Instagram to share sweet notes about their firstborn.

Surprisingly, each one of them also shared photos of Gracie. Considering how they’ve hardly done so in the past, the photos are true rarities.

Tim actually shared two photos, the first being more of a glamor shot showing Gracie in a dimly lit restaurant. The second photo shows Gracie all dressed up in a goofy “geek” outfit, which Tim shared to showcase her silly side. He wrote:

“She has been a light in the family since the very beginning! She makes us laugh(constantly….she’s a nut!), she has the biggest heart…she treats everyone with kindness and respect and has more talent than is possible in one person!“

21 years ago today, on a rainy morning in Nashville (like today) this beautiful soul was born into our lives….. I thought my heart would burst with love, joy and happiness! She has been a light in the family since the very beginning! She makes us laugh(constantly….she’s a nut!), she has the biggest heart I’ve ever known, attracts friends so effortlessly, she treats everyone with kindness and respect and has more talent than is possible in one person! I know as she makes her mark in this world she will brighten everyone’s life that she meets! We r so proud of her, love her so much! It’s a bittersweet day to see your little girl turn 21…….lots of memories We love you p pi with everything in our hearts

Faith also referred to Gracie’s sense of humor in her post recognizing her birthday, writing, “The laughs I have shared with this child!!!!!”

The photo Faith shared was a posed shot of Gracie looking away from the camera and soaking in the sunshine. It seemed like a fitting photo to share, since Faith referred to her as “sunshine” at one point.

Faith wrote, “She is joy, she is strength, she is true, she is loyal, she is sunshine, she is fierce, she is art, she is still our baby girl.”

On this day, 21 years ago, Tim and I learned for the first time what it meant to love someone so much that our hearts would explode. That precious baby girl has now grown into the most stunning young woman. She is joy, she is strength, she is true, she is loyal, she is sunshine, she is fierce, she is art, she is still our baby girl. The laughs I have shared with this child!!!!! So much fun!! Happy 21st Birthday to our daughter, Gracie??? We love you so much!!!

It’s likely that we may be seeing more of Gracie in the future. She has been following in her parents’ musical footsteps, and is a singer herself.

A few years back, Tim surprised a packed crowd at Bridgestone Arena in Nashville when he brought Gracie out to sing with him. You can check out that performance in the video below.

We hope Gracie had a happy 21st birthday!