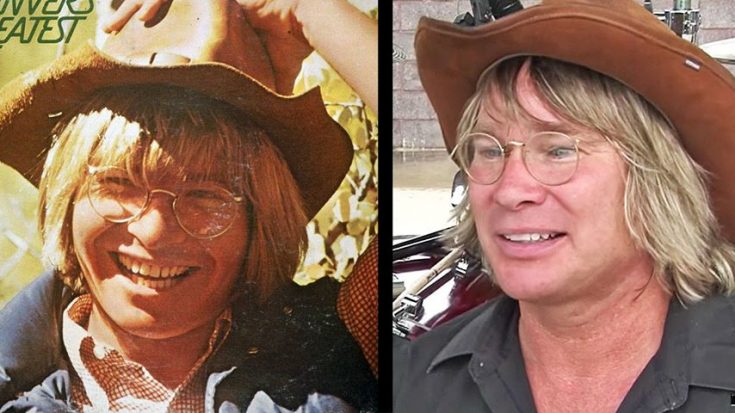 They say everyone has a twin or dopplegänger out there somewhere. And, if John Denver were still alive today, he would be able to meet his identical twin face-to-face. Meet Denver’s twin (no relation) singer, songwriter, and tribute artist, Ted Vigil.

Seriously, take a look at Vigil, then listen to him sing John Denver’s hits. Try to convince yourself this guy is NOT John Denver coming back for an encore. Some even call him John Denver 2.0.

Ted, more of a rock fan than country aficionado in his earlier days, was stopped time and time again by people telling him he looked exactly like John Denver. They knew he wasn’t though, because Denver died in the crash of his experimental plane in 1997 at age 53.

"I can't believe how much he looks and sounds like John Denver! It really took us back!"Ted Vigil as JOHN DENVER will be back at the Milton Theatre for 2 shows on Saturday, May 5 (3 & 8PM)For tickets go to:(3PM): https://www.miltontheatre.com/event/1539342-john-denver-milton/(8PM): https://www.miltontheatre.com/event/1539341-john-denver-low-ticket-alert-milton/Experience something NEW at the Milton Theatre!#MiltonTheatre#KeepMiltonWeird#ExperienceSomethingNew

Ted worked as a karaoke host, and he got so many requests to perform famous John Denver songs, he turned it into a career! He figured it would be a great way to carry on the singer’s legacy and establish his own.

Thanks to his mother’s love of John Denver’s music and her playing the singer’s 8-tracks in her car, Ted grew up familiar with the style and lyrics of the departed performer. So, when it came time to compete for a look-alike contest, there was no question the would-be John Denver twin would compete. Of course, the fact that he also sounded just like the singer and song writer of “Rocky Mountain High” made his competing a no-brainer.

Though he’s been performing since he was 10, it wasn’t until 2006 when Ted won the national Talent Quest title as John Denver, that he hit the road on a consistent basis. After winning a celebrity-lookalike contest, the John Denver look-alike AND sound-alike, began planning his tribute show, performing the greatest hits of a gone-too-soon cross-genre favorite.

This video is clearly one of John Denver, but if someone told us it was Ted, we wouldn’t argue with them!

Since beginning his Tribute tour, Ted has sold out venues in Pennsylvania, Kansas and performed twice for John Denver’s Windstar Foundation in Aspen, Colorado.

Eyes open or shut, you’ll experience this video and swear the real John Denver is back among us. What do YOU think? Does this guy look and sound like Denver or are we losing our marbles? Tell us what you think!