The True Story Of Loretta Lynn & Her $65 Million Fortune 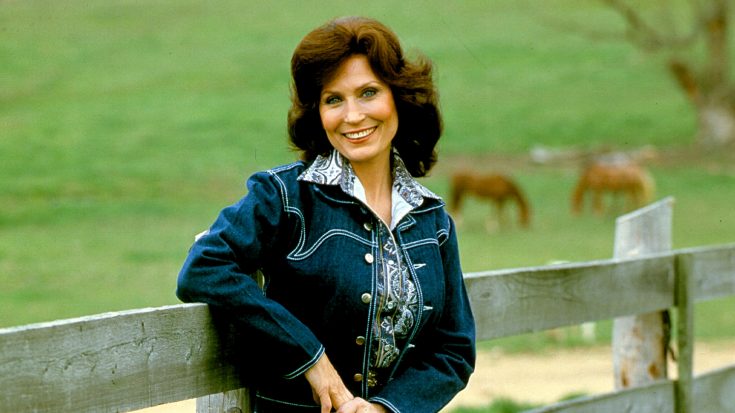 Country music legend Loretta Lynn has a net worth that makes most people’s eyes bug out of their heads, and she’s earned every single penny.

Born in 1932 as Loretta Webb, Lynn has taken the country music world by storm ever since she recorded her first album, “Honkey Tonk Girl,” in 1960.

Last night it was 60 years ago that I sang for the first time at the Grand Ole Opry. I was so nervous that I shook more than Elvis! I was telling my team today when we talked about it that in some ways it seems like yesterday and others like a lifetime ago. I remember how proud Doolittle was of me when I came off stage. He said, “Loretta, you did it! You just sang on the stage of the Grand Ole Opry!” Teddy and Doyle Wilburn, Ernest Tubb, and Roy Acuff all helped me so much. After that night the Opry booked me 17 more shows in a row. I couldn’t believe it and was living on Cloud 9. I owe so much to the Opry. I listened to it as a little girl and I wouldn’t have ever made it in country music without the Opry. I’ve always said the Opry was the greatest show on earth and I still believe it. Anytime she needs me, I’ll be there and I want every artist and country music fan out there to support the Opry. These two pictures are from those early days at the Ryman! #60years #grandoleopry @opry

Shortly after she released her first album, Lynn scored a number one hit with her now-infamous song taking a jab at the other woman: “You Ain’t Woman Enough.” At that time, she was the first woman to ever write a number one country music hit. And that jump-started her career in ways no one could have dreamed.

Lynn went on to have 16 famous hit songs throughout the course of her career, including “Don’t Come Home A-Drinkin,” as well as a popular series of collaborations with fellow legend Conway Twitty, including “After the Fire Is Gone.”

Following a 1980 film about her life, Coal Miner’s Daughter, Lynn shot further into stardom. The film was received with wide critical acclaim, and Sissy Spacek won the Best Actress Oscar for her portrayal of Lynn. By this time, “Loretta Lynn” was a household name. She even had a series of popular commercials and recipes as the spokesman for Crisco shortening – a Southern baking staple.

In 1971, Lynn was the first solo female country artist to perform at the White House after an invitation from President Nixon. She would go on to perform during the administrations of Jimmy Carter, Ronald Reagan, George H. W. Bush, and George W. Bush.

In 2015, President Barack Obama awarded her with the Presidential Medal of Freedom – just 12 years after she was honored during the Kennedy Center Honors under President George W. Bush.

Her professional life wasn’t the only place where Lynn excelled–she was married to her husband for 48 years until he passed away in 1996. She currently still owns and operates her world-famous ranch that they owned together, Loretta Lynn’s Hurricane Mills Ranch, in the Tennessee town of the same name.