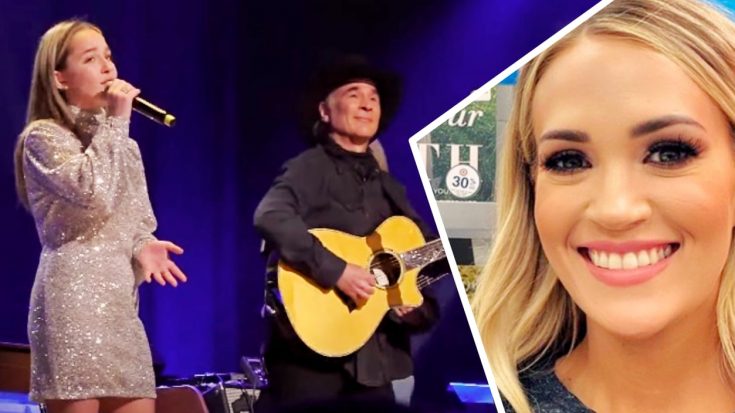 Clint Black and Lisa Hartman Black‘s only child, Lily Pearl Black, was born on May 8, 2001. Now 19 years old, young Lily has followed in her parents’ musical footsteps and recently made her Grand Ole Opry debut.

Back in the summer of 2018, Lily appeared at one of her father’s shows to perform a cover of Carrie Underwood‘s “Temporary Home.” Clint gushed about the performance afterward, saying Lily “...did a great job with @carrieunderwood’s ‘Temporary Home’!” and that it was “Not an easy song” to perform.

Later in 2018, Lily made her recording debut when she was the featured artist on her dad’s song “Magical Christmas.”

“Lily has been bitten by the bug,” Clint told CMT around the time of the duet’s release. “She has always loved to perform, but recently she made a conscious decision to apply herself to developing her talents. We’re excited to see where it takes her. She loves to dance and act as well, but for me, her musical talents and the qualities of her voice suggest music will be her strength.”

Lily is now studying music at Belmont University. She’s only in her second year, but she got the chance to make her Grand Ole Opry debut on Saturday (October 31).

“She’s gonna get to find out what we already know…that you guys are the most fantastic audience in the whole world,” Clint said as he welcomed his daughter to the stage.

Lily chose to sing Carrie Underwood’s “Temporary Home” once more. She ended up earning a standing ovation for her performance.

Clint reflected on the moment a couple days later. He said he’s “very proud” his daughter looks up to someone like Carrie as a source of inspiration.

Very proud my daughter, Lily is inspired by a class act @carrieunderwood! pic.twitter.com/nVfDPgCcXQ

It would surely mean a lot to Carrie to hear such kind words from someone as iconic as Clint!

Tune in to the video below to watch Lily sing Carrie’s “Temporary Home” at the Opry. She appears on stage around the 45:18 mark in the clip.

Congratulations to Lily on making her Opry debut! We can’t wait to see what the future has in store for her and her talent.