Why Nellie Oleson Actress “Loved To Be Hated” On “Little House” 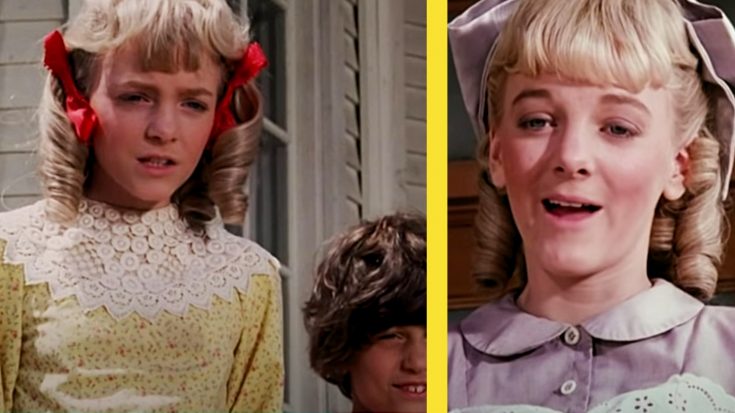 As a 12-year-old, working on a television show while trying to go to school is hard work! And being the least-liked person on that series certainly could make it an even tougher job – but not for one blonde and spry young woman!

When Alison Arngrim was cast as the notoriously annoying and hated antagonist on the hit 70s TV series Little Haus on the Prairie, Nellie Oleson, she had no idea how much she would truly come to love playing the “worst” character on the show.

Interviewed Alison Arngrim–Nellie Oleson on Little House on the Prairie! What an amazing woman and talent ❤@ArngrimFans pic.twitter.com/T1RujDKpKD

Arngrim had initially auditioned for the roles of Laura and her sister, Mary, but the casting director believed that she was the perfect choice for spoiled and rich Nellie whose parent’s owned the local mercantile.

The character is known for her antics, betrayal, and general no-good behavior throughout the show’s 200+ episodes.

Did you know the actress who played Nellie Oleson on Little House on the Prairie has given a lot of thought to where the characters would be now if there were a #lhotp spinoff? Check out #10questions with @Arngrim! https://t.co/X2HVkIdWAf pic.twitter.com/IOTPoGwBKg

In a 2018 interview with From The Desk‘s Kurt Manwaring, Arngrim explains how she came to love playing the “most hated” character on the show – and why she would have disliked being one of the “good” characters.

“You initially auditioned for the role of Laura Ingalls — and later, Mary Ingalls. Now that all is said and done, do you think the right people were cast in the right roles? How so?” Manwaring asked.

“Definitely!!! I am so glad I didn’t have the burden of having to play a ‘nice’ person for all those years.  I think it would have been exhausting!” she replied. “And if you look at the reaction of viewers 40 plus years later, you can see how each of us made our character ‘iconic’ and forever identified with our individual performances.”

Beyond just loving to play her character, Arngrim also says that some of her favorite times on set were when they were filming near Sonora, California for scenes involving nature (river, mountains, stream, etc), but says usually those scenes meant someone “was going to fling me into a river, but those are the breaks.”

If you’re a fan of Little House on the Prairie, let us know who your favorite character was in the comments below and what you liked or disliked about Nellie Oleson!