The Story Behind George Jones’ Song ‘He Stopped Loving Her Today’ 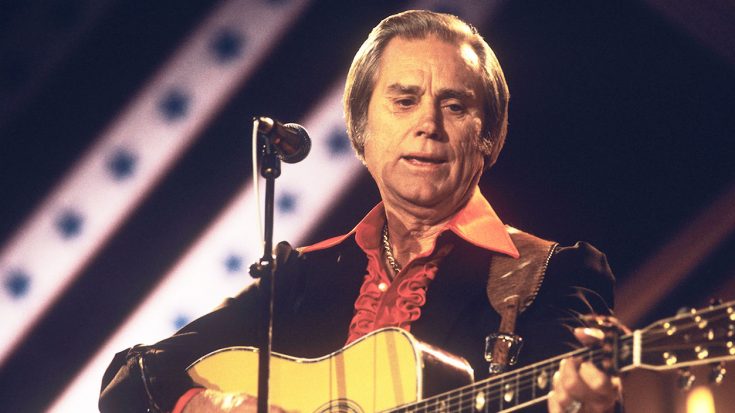 On April 14, 1980, George Jones released “He Stopped Loving Her Today” as the lead single off his album I Am What I Am. It became his first solo number one single in six years. Since its release, it has been highly regarded as one of the greatest, if not the greatest, country songs of all time.

But what if we told you that it almost wasn’t recorded? Legendary songwriter Bobby Braddock wrote the song with Curly Putnam many years before Jones got a hold of it. In a sit-down interview with WZTV Fox 17, Braddock revealed some behind the scenes secrets many may not know about.

Because he was embarking on a career in songwriting and didn’t want to forget anything, at the end of every single day, he wrote down what happened, giving him hundreds of journals to look back on throughout his life.

“I had the concept,” Braddock said. “A love that was so strong that only death could terminate it.”

George Jones at the Grand Ole' Opry in 1968 with his D-35. #TimelessTuesday

What started out as a hang out consisting of funeral jokes turned into the beginning of writing “He Stopped Loving Her Today,” which Braddock says he rated a 7/10 at the time. The two writers shelved the song and revisited it several months later when they finished it – or so they thought.

In 1978, producer Billy Sherrill introduced the song to Jones, who hated it when he first heard it. Despite his distaste for the song, Jones and Sherrill came back to it two years later. Braddock recalled, “They said, ‘We want to cut that song, but it needs an extra verse of the wife or girlfriend coming back to the funeral.'”

For a while, Braddock and the publishing company Jones was working with went back and forth for quite some time before settling on a version both parties liked, but the word “liked” should be used lightly.

In a biography written about the legendary singer by Bob Allen, Sherrill is quoted saying, “[Jones] thought it was too long, too sad, too depressing and that nobody would ever play it…He hated the melody and wouldn’t learn it.”

Legend also has it that Jones often confused the melody for Kris Kristofferson’s song “Help Me Make It Through The Night.” After many, many months of recording, the song was finally finished and when Braddock heard it, he was floored.

3 years ago today: George Jones, 1931-2013One of his hits was“He Stopped Loving Her Today”And this is that dayhttp://en.wikipedia.org/wiki/George_Jones#GeorgeJones

Posted by Haikubituaries on Tuesday, April 26, 2016

“You hear this orchestra. Violins, cellos, and the violas swelling this ascending thing, it sounds like the guy’s soul is ascending to Heaven,” he told WZTV.

Even though Braddock loved it, The Possum still wasn’t so sure. The last thing Jones said before releasing the song was, “Nobody’ll buy that morbid son of a bitch.”

Boy, was he wrong. “He Stopped Loving Her Today” shot straight to number one, where it stayed for 18 weeks. It single-handedly revived his career and became quite possibly, the greatest country song of all time.

Without Sherrill pushing Jones to record the song, we likely would have never heard it. Take a look at WZTV Fox 17’s interview with songwriter Bobby Braddock below.

And watch Jones perform his iconic song “He Stopped Loving Her Today” below.