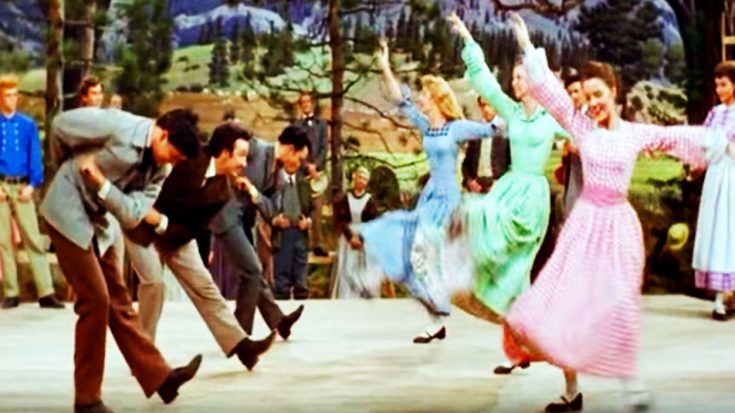 Way back in 1850, whenever the neighbors built a new barn, the whole town got together to help them celebrate in the most amazing ways!

Folks from all over came ’round with a dish of food, their best dress, and their dancin’ shoes! The event was one of the best you could attend during those times, and most happened in the spring.

This is exactly what happened during the story of Seven Brides for Seven Brothers – a movie musical that stole America’s heart back during the golden era of Hollywood.

Singing along to the classic "Going Courtin". Nothing like 7 Brides for 7 Brothers to wind down a lovely long wkend. pic.twitter.com/hx2czHP8xg

In the film, the town is celebrating the newest construction efforts with an old-fashioned barn raising get together and that’s where all seven of the backwoodsmen Pontipee brothers meet the women of their dreams.

Through several feats of skill, talent, and strength along with some fast-footed dancing, the roughneck brothers win the eyes of their ladies and steal them away from some of the city suitors that came ’round for the event.

Watch this truly unforgettable moment of music, dancing, and a good ol’ barn raising in the scene below – straight from the movie Seven Brides for Seven Brothers!