The Kids Of “The Brady Bunch” – Where Are They Now? 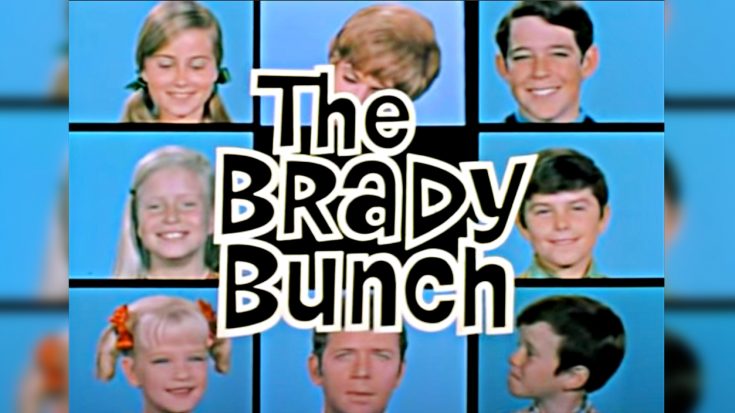 The Brady Bunch featured six kids that were well known and loved by many from the early 70s. Marcia, Jan, Cindy, Greg, Peter, and Bobby were weekly staples on our family televisions, but where are they now?

The Brady Bunch is an iconic sitcom that aired from 1969 to 1974. The series revolved around two families that were blended into one family by marriage. Both parents were widowed, and they each had three children, three daughters, and three sons.

When the two married they became a family of eight and the storylines revolved around them working out the kinks and learning to live with and love each other, all while growing up together.

After their years on TV, these famous kids have grown up and done so many new things with their lives – so let’s see what they’ve been up to!

Maureen got her start on The Brady Bunch and shot to fame playing the eldest daughter of the bunch. After filming ended for the show, she had roles on The Love Boat, Fantasy Island, Teen Angel, and Passions. Like many of her Brady Bunch costars, she was a part of The Brady Bunch reunions. Maureen wrote a memoir that came out in 2008, and she reflected on the fame she had at a young age and how she went down a path of self-destruction that cost her the career she’d built – and nearly her life. She got married in 1985 and had a daughter in 1989. In 2016, she was featured on Dancing with the Stars, where she came in eighth place.

Barry Williams played the eldest son, Greg, on the popular sitcom. Following the cancellation of the show, Barry kept a reasonably low profile. He took part in The Brady Bunch reunions, did some guest appearances on shows, and started in musical theater, touring with productions Grease, The Sound of Music, and West Side Story. He has two children: a son born in 2003 and a daughter born in 2012.

Happy birthday Eve Plumb, born April 29, 1958. Eve Aline Plumb is an American actress, singer, and painter. She is known for her portrayal of middle daughter Jan Brady on the sitcom The Brady Bunch. After The Brady Bunch ended, Plumb's first notable role was that of a teenage prostitute in the NBC television movie Dawn: Portrait of a Teenage Runaway (1976). She also appeared in the sequel Alexander: The Other Side of Dawn. Plumb starred as "Beth" in NBC productions of Little Women, both a television movie and a short-lived series. Plumb also made numerous guest-starring appearances in such series as Here's Lucy, The Love Boat, Fantasy Island, Wonder Woman, One Day at a Time, The Facts of Life, Murder, She Wrote, The Super Mario Bros. Super Show!, Lois & Clark: The New Adventures of Superman and All My Children. She appeared in the episode "The Force of Evil" from the 1977 series Quinn Martin's Tales of the Unexpected (known in the United Kingdom as Twist in the Tale). http://www.nerdnewsnow.com/ https://therealnerdherd.wordpress.com/ https://www.facebook.com/therealnerdherd/ Instagram: https://www.instagram.com/the_real_nerd_herd/ Twitter: https://twitter.com/JimKirkwoodJr #eveplumb #thebradybunch #JanBrady #Jan #april29 #birthday #nerdnewsnow #therealnerdherd #TheNerdHerd #nerdherd #nerd

Eve was cast as the annoyed middle daughter Jan. She later joined for many of The Brady Bunch specials and made guest appearances on shows like All My Children and That 70s Show. Plumb now enjoys painting and has been doing it for over two decades with much success. She married in 1995 to business and technology consultant, Ken Pace.

After starring as the middle son, Peter, on The Brady Bunch, Knight made guest appearances on shows like Happy Days and The Love Boat. He reunited with his former costars on A Very Brady Christmas. Peter later took part in multiple reality TV shows and ended up marrying a fellow castmate from one of them, Adrianne Curry, winner of season one of America’s Next Top Model. In 2011 they announced their separation, which ended in divorce, and in 2016 he got married to his fourth wife, Cara Kokenes.

The youngest of The Brady Bunch clan was Cindy, played by Susan Olsen. Susan appeared in all the Brady specials, with the exception of A Very Brady Christmas because it was filmed while she was on a honeymoon with her first husband. Susan wrote a book in 2009 titled, Love to Love You Bradys : The Bizarre Story of The Brady Bunch Variety Hour that celebrated the 1976-1977 television variety show. She made guest appearances on The Young and The Restless and Celebrity Ghost Stories. Susan was married twice and has one son.

Before being cast as the middle brother of The Brady Bunch, Mike was a TV-commercial actor. After The Brady Bunch ended, Mike reprised his role in the Brady specials, although, his character on the specials was wheelchair-bound because of his character being involved in a racing car accident. He left show business and operates a business in Salt Lake City, Utah that makes decorative concrete. He wed his high school sweetheart and has two sons.